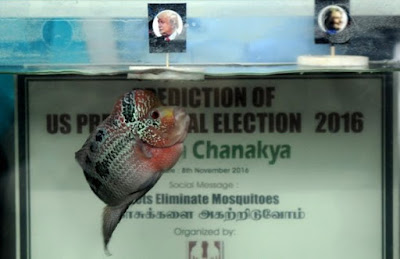 November 8, 2016 – Psychic Fish In India Picks Donald Trump As The Next US President Hours Before Election

Days after a psychic monkey picked Trump over Hillary, another psychic animal has followed suit.

Today, an Indian soothsaying fish named Chanakya II shocked his owners at a Chennai based NGO office today after picking Donald Trump as the next US president on three occasions when asked to chose between 2 floating sticks bearing a photo of Donald Trump and his challenger, Hillary Clinton. 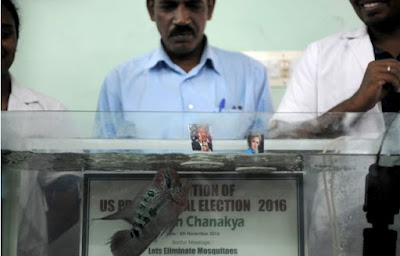 After 8 accurate football and cricket matches prediction, the floating voter has joined the swelling menagerie of soothsaying animals. 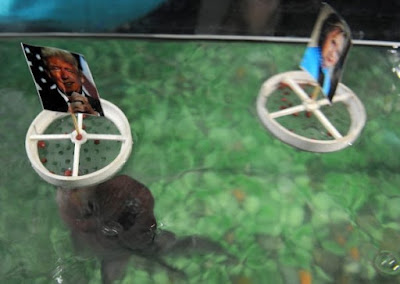 As at the time of this report, opinion polls give Clinton a slim edge over Trump.

History will be made tonight as Americans pick their next president.