Feb 4, 2016 – Pictures: Old Man Died While Having Sex With Prostitute, His Corpse Remains Attached To Woman

Check out this bizarre video of an old man who reportedly died of heart attack while having sex with a prostitute.

The duo where rushed to the hospital for emergency surgery as witnesses watch in horror.

The pregnant prostitute’s vagina muscles reportedly clamp down on the penis of the deceased during intercourse, a condition called Penis Captivus. 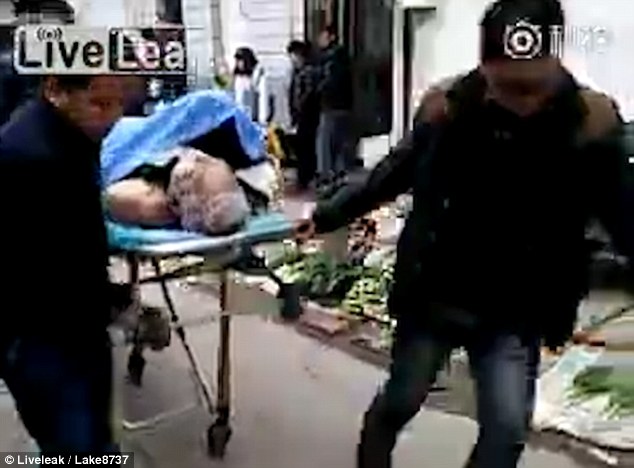 It is common in pregnant women.

Doctors have to give her an injection to dilate her uterus before the duo can be separated.

Watch the video footage below

What a sad way to die!