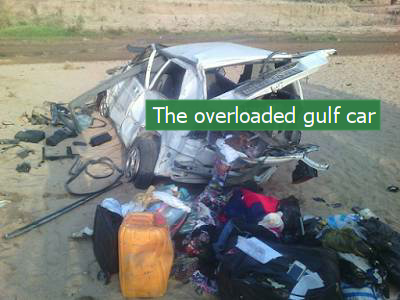 A police inspector who got a free ride along Bauchi Gombe Road and a driver died in the early hours of yesterday when a white gulf car carrying 5 other passengers had a tyre burst and fell off Bagurja bridge at Alkeri axis of the highway.

We learnt that the car was heading to Alkeri when a police inspector asked for a free ride.

The overloaded vehicle reportedly had a tyre burst on Bagurja bridge before falling off the bridge.

The driver and the unidentified police inspector died on the spot while 5 other passengers are clinging to life at Alkaleri General Hospital.

See more photos from the scene of the crash below 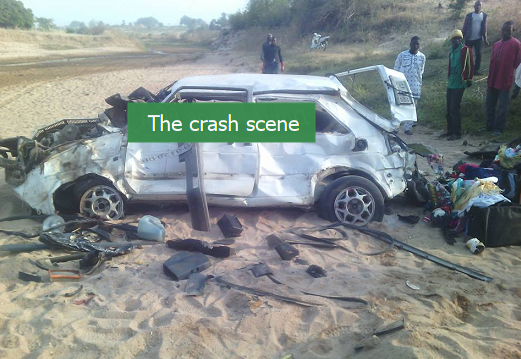 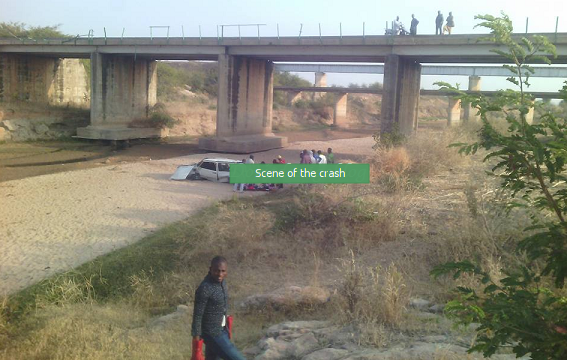 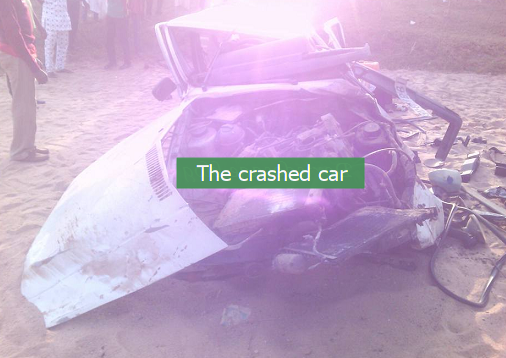