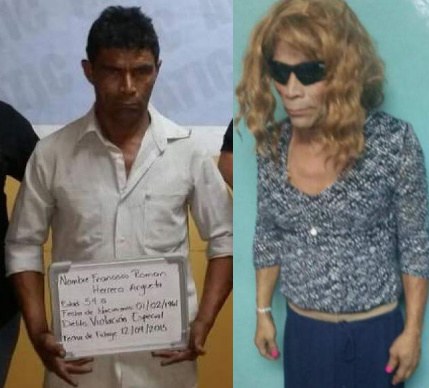 May 11, 2017 – Pictures: Don Chico, Notorius Killer Who Dressed As Woman To Escape Jail In Honduras Caught As He Was Walking Funny On High Heels

55-year-old Francisco Herrera Argueta, a notorious gang leader popularly called Don Chico in Honduras was caught on Sunday while trying to escape from the prison in San Pedro Sula.

The notorious criminal who was jailed in September 2015 for murder made a desperate attempt to regain freedom when he disguised as a woman in a long skirt, blonde wig, fake breasts and high heels following visiting hours.

However prison officials who saw him walking funny in heels asked him to identify himself but his hoarse male voice gave him away. He was ordered to remove his shade before prison officials identified him.

Prison officials said he might be punished and could be transferred to Honduras most dangerous prison, the notorious El Pozo jail in Santa Barbara. 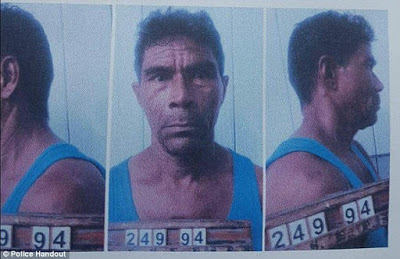 One thought on “Photos: Prisoner Who Dressed As Woman To Escape Jail In Honduras Caught As He Was Walking Funny”