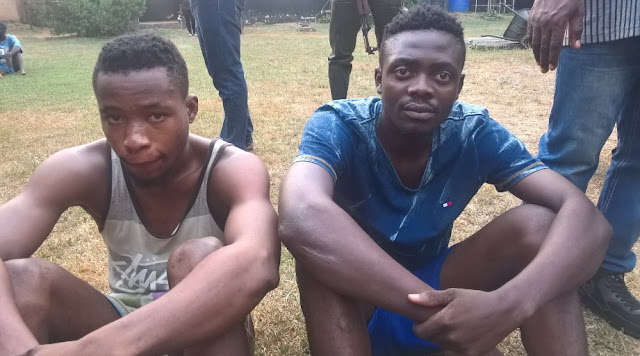 Meet Kingsley and Odion, the two suspected armed robbers who used super glue to seal the mouth of an 89-year-old woman identified as Imasogbonre Enahoro and her daughter, Marylyn Ajibola before they robbed them of their car and valuables at their residence in Igbueben village Edo state.

The suspects who attacked their victims on the 20th of November 2017 fled to Osun state to avoid getting caught but brave policemen nabbed them in Osogbo early this week. 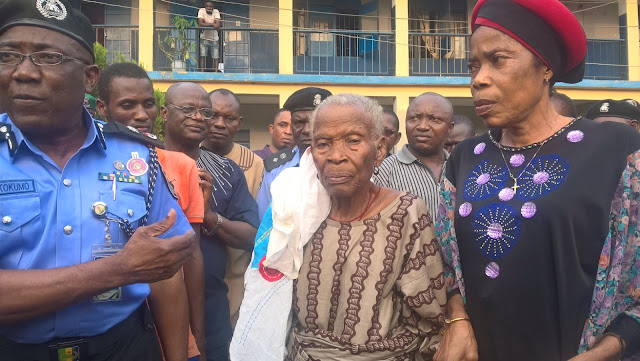 In his confessional statement, one of the suspects, Auchi Poly student, Kingsley said: 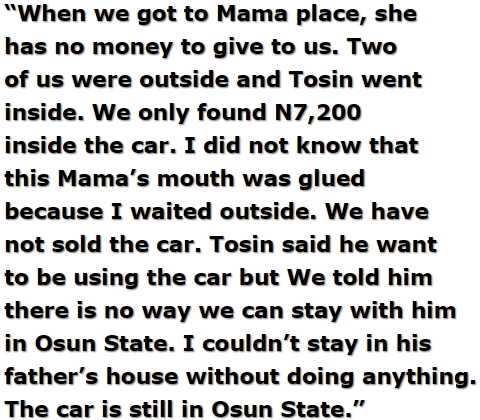