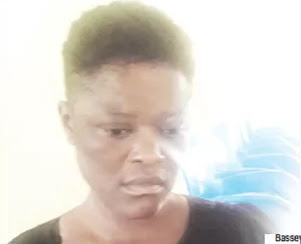 May 18, 2016 – Pictures: Woman Kills Father In Akwa Ibom Over Witchcraft Allegations, Says He’s Behind Her Sickness

Bassey said she killed her father because he was the force behind her woes. She said: “I have had two husbands and five children – all died mysteriously. My brother went mad before he died and my mother had seven strange sicknesses before she died.”

Bassey added that her father had strange powers with which he killed her children before their birth. She said: “Five of my children died in my womb at the point of their birth and were evacuated through surgical operations.” 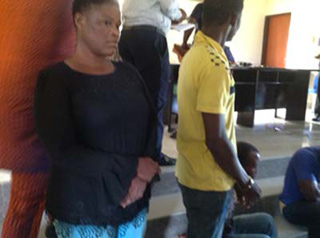 The suspect told journalists that her condition became unbearable when she became par tially blind and decided to seek solutions. She said: “I went to my mother’s grave and cried my heart out. I took sand from her grave, mixed it with water and washed my face. Later in the night while sleeping my mother appeared and told me I should confront my father that he is the cause of my problem. She even said my father was behind her death and that of my younger brother.

“Look at my legs, I had no accident. The disease just came and has defiled several medications. So, I confronted my father about my predicament but he started beating me with a cane while raining abuses on me.

“I then retaliated by snatching the same cane and using it to beat him, only to be told after a day that he had died.” However, the suspect said her father’s death had not brought any succour to her as her problems still persisted.