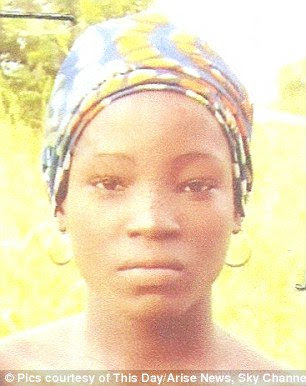 The military has released the photos of one of the Chibok girls found alive inside Sambisa forest.

Amina Nkeki was found by some hunters working with the Nigerian military inside Sambisa Forest on Tuesday night.

Amina who is currently in the custody of Nigerian soldiers in Damboa axis of Borno after meeting her parents said 6 of the girls have died while others are still alive in different parts of Sambisa forest.

Her husband said to be a top commander of the dreaded terror sect was also arrested during a clash with the JTF in Kulakaisa axis of the evil forest yesterday.

19-year-old Amina now has a baby for her terrorist husband. She was seen today feeding her baby boy. 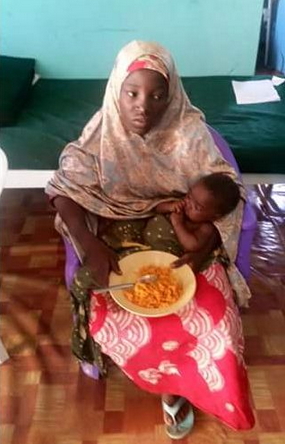 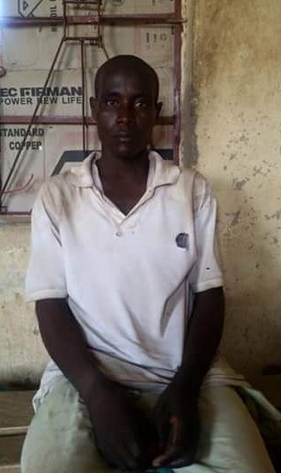 The innocent girls were forcefully abducted by Boko Haram on the 15th of April 2014 while writing their WAEC examination at a girls college in Chibok, Borno State.