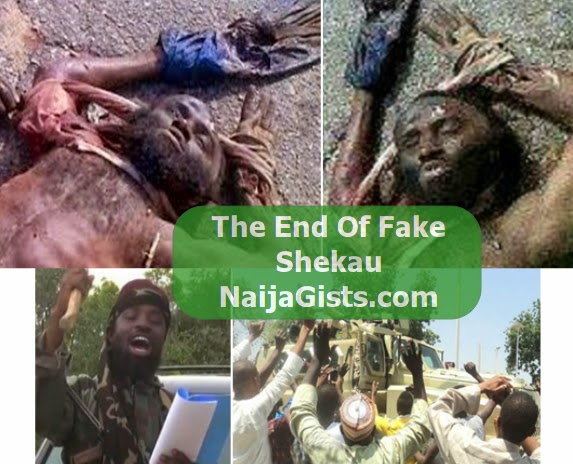 Did you guys watched the videos released by Boko Haram in recent times displaying a very annoying man who claims to be Boko Haram leader Abubakar Shekau? If not, watch him in action below:

The guy in front of the armoured tank in the video above is fun of mocking Nigerians and the whole world, since the real Shekau was shot dead last year, he has been parading himself as the leader of the sect.

He was killed by the Nigerian army last week in Konduga. 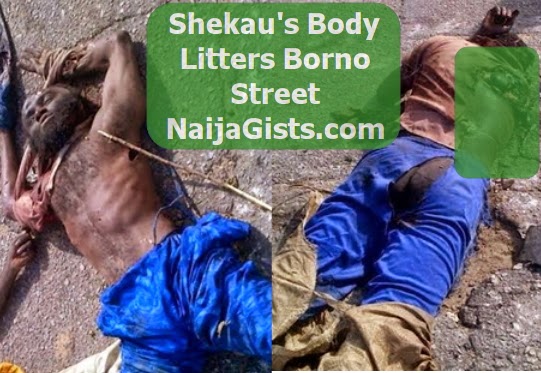 His real name is Bashir Mohammed. He died along sides other terrorists as he led them in a daring attack on the Nigerian soldiers in a bid to take over Maiduguri.

Pictured (on the left) below is the real Shekau killed last year in Borno State. 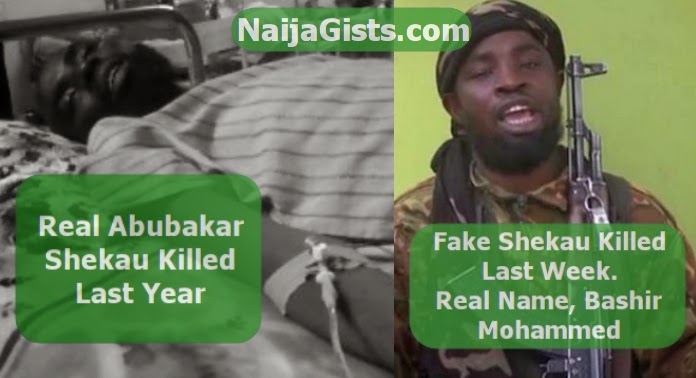 Because of his striking resemblance to that of late Shekau, Bashir Mohammed was used in his stead in order to prove to Nigerians that the Nigerian troops did not kill him as widely circulated late last year.

“Cameroonian authorities yesterday released a photo of a dead man they identified as Abubakar Shekau, the loquacious and attention-seeking leader of the terrorist group that has launched deadly strikes in Nigeria’s northeast zone as well as Cameroon. The Nigerian intelligence source told reporters that Nigerian soldiers, not Cameroonian troops, had killed

Mr. Bashir last Friday in a fierce battle against Boko Haram insurgents in Konduga, Borno State. The late Mr. Bashir, who bore a striking resemblance to Abubakar Shekau and had appeared in a recent video, was killed as he led insurgents who were attempting to capture Konduga and then made a bid to seize Maiduguri, the Borno State capital, as well.

Nigerian soldiers routed the Islamist militants in Konduga, killing hundreds of them and capturing weapons as well as vehicles abandoned by fleeing insurgents. The military as well as Nigerian government-appointed negotiators claim that the original Mr. Shekau had died since last year, reportedly assassinated by his lieutenants. an ntelligence source said Mr. Bashir had adopted Mr. Shekau’s nom deguere and had been the person responsible for issuing video messages in recent times. Even though our source said the military was cautious not to claim credit for Mr. “Shekau’s” death, the added that the Nigerian military was buoyed by the capture of the armored tank usually displayed in the background of recent videos issued by the sect’s spokesman.

Now the end has come to the man who thinks he is all in all.