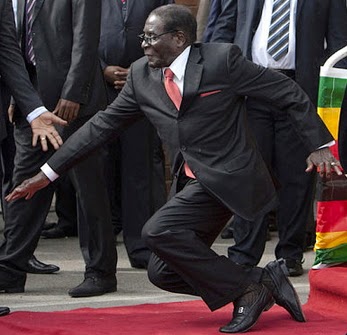 The 90-year-old controversial ruler had just returned from Ethiopia when he stopped by to address supporters on the podium at Harare International airport. While he was walking away from the podium, he tumbled and fell off the stairs to his knees.

The incident was witnessed by curious journalists and supporters.

Mugabe was immediately pulled up by his aides and walked to a waiting car. 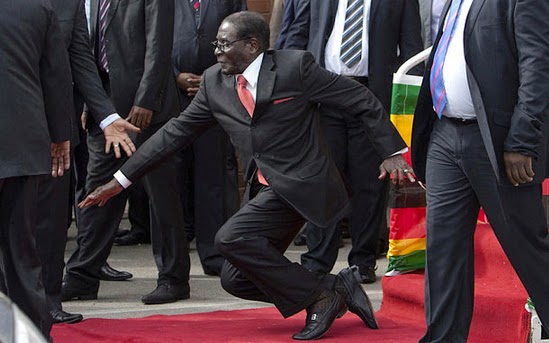 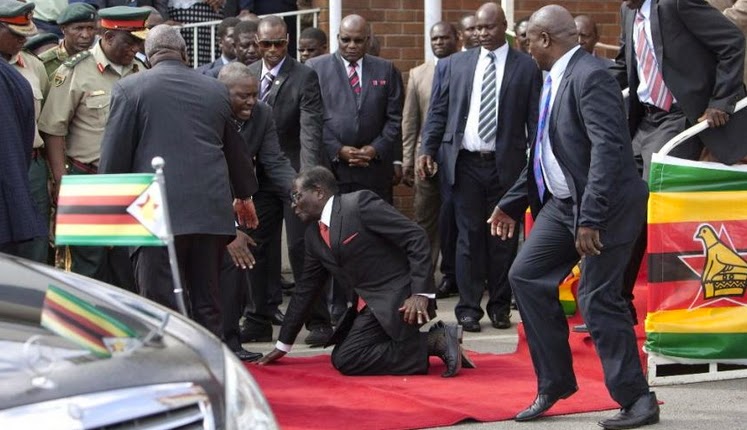 Body no be firewood. Age is telling on the man. May be it is time for the grandpa to retire.