An unidentified Pastor who was recently set up by those suspicious of his double life has confessed.

According to a source who uploaded his video on Facebook, the Pastor who was caught pants down with a man in a hotel in Anambra state confessed that he has been sleeping with other men for a while.

The indigene of Aguata in Anambra state was later stripped naked and beaten by those interrogating him.

Several condoms were found on him during the time he was caught. 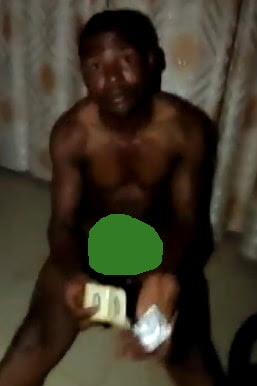 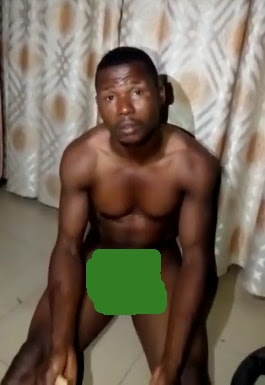 The source who shared the story online warned parents to beware of wolves in sheep’s clothing and agents of the devil pretending to be sent from God.