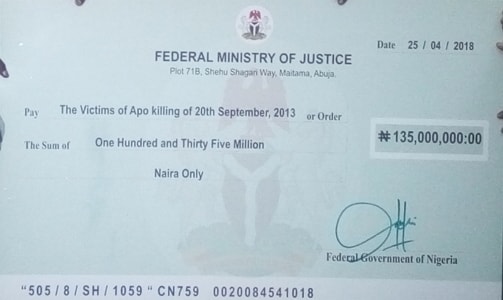 The Federal Ministry of Justice on Wednesday paid a  huge compensation to the family members of 19 victims of an attack carried out by DSS operatives in an uncompleted building behind  the Apo Legislative quarters in Abuja on the 20th of September 2013.

The cheque dated April 25 was issued in compliance with the 2014 recommendations made by the National Human Rights Commission (NHRC). 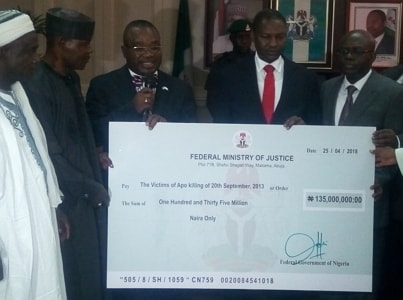 Soldiers and DSS operatives had invaded the uncompleted building and shot eight people dead. 11 other people were injured in the incident.

The security agencies later claimed that the victims were killed in self defence.