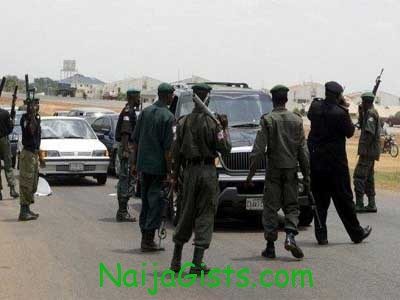 A man in his mid 20s was brutally murdered on Tuesday November 29th in Port Harcourt, after the taxi he was traveling in refused to stop when stopped by some policemen at a road block.

The incident happened around 3pm at Rumunkara Lane along Rumuola road, opposite First Bank, Port Harcourt.

Based on eye witness account, the police men chased after the cab after it refused to stop and then opened fire.

The young man who was a passenger in the cab, was hit and killed instantly.

Below is the picture of the murder scene. Viewers discretion is advised 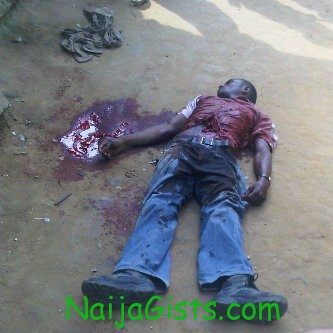 This is terrible, Nigerian Policemen are losing control. The FG should do something about this. May the soul of this young passenger rest in peace.