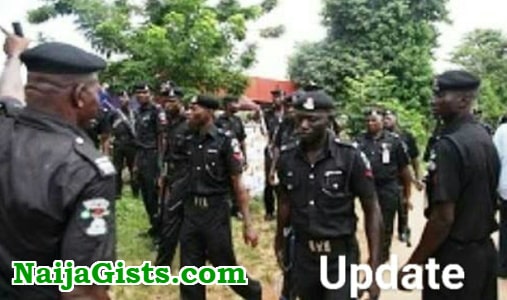 Godwin Oshiogbuwe, the Deputy Superintendent of police abducted by gunmen suspected to be kidnappers at Ubiaja in Esan South East Local Government Area of Edo State, has been found dead.

His body was reportedly found in a forest on Ubiaja-Ewohimi-Agbor road by a police tactical team in pursuit of the kidnappers.

Police sources said he was killed because the kidnappers identified him to be a policeman through his police identification card and pictures on his mobile phone.

Late DSP Oshiogbuwe hails from Auchi in Edo State and served in Abuja before his death.

It was learnt that the recovered body has since been deposited in the mortuary for autopsy.

A spokesman for Edo Police command, DSP Chidi Nwabuzor, who confirmed the development, said it was a search party that discovered the body of the slain policeman in Emu-Oken bush.