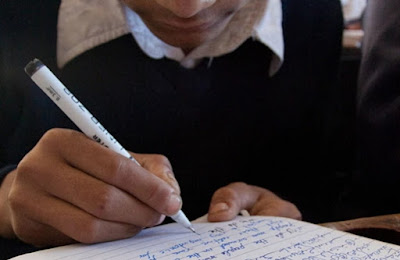 January 20, 2016 – British Police Questions Muslim Boy Who Says He Lives In A Terrorist House In England

An unidentified 10-year-old Muslim boy has been questioned by British police in the north of England after mistakenly writing in an English lesson that he lived in a “terrorist house”, the BBC reported on Wednesday.

The boy had intended to write that he lived in a “terraced” house but teachers did not realize he had made an error and reported the boy to the police in accordance with new counter-terrorism rules, which critics say are focused on Muslim communities.

Police interviewed the boy and examined a computer at the family home. The family has demanded an apology from both the police and the school, the BBC said.

“They shouldn’t be putting a child through this,” the BBC quoted the boy’s cousin as saying. To protect the identity of the child, the BBC did not give names in its report.

“He’s now scared of writing, using his imagination,” the cousin was quoted as saying.