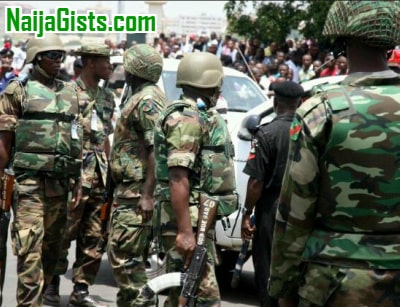 Tragedy In Bakassi As Policeman Shot By Militants Bled To Death

A yet to be identified policeman was killed in Bakassi LGA of Cross River State by suspected militants last Friday.

According to the State Police command spokesperson, Irene Ugbo, the victim was at his duty post when suspected militants stormed the place and shot him.

Eyewitnesses said the policeman bled to death from the bullet wound as nobody could rescue him for fear of being attacked by the militants.

Bakassi local government area had been under the siege of militants until the Federal Government had to send in soldiers to quell the situation.

Continue Reading
You may also like...
Related Topics:bakassi, policeman, shot