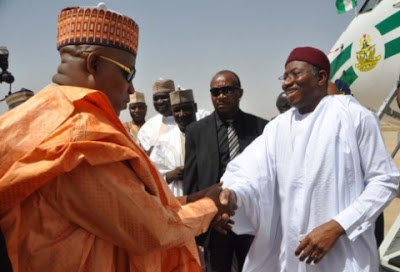 The President of the Federal Republic of Nigeria, Goodluck Jonathan is ready to face his fears.

GEJ has began a 2-day tour of Boko Haram attack hotspots in Borno and Yobe States.

He arrived Maiduguri, Borno state in a Presidential jet this afternoon where he headed for Damaturu, Yobe State. 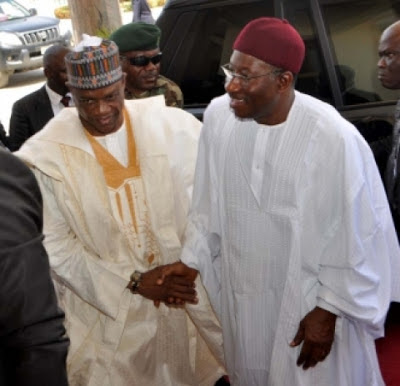 Yobe and Borno state have sustained incessant attacks from the dreaded Islamist Jihadist sect, Boko Haram, a group that has vowed to force the Nigerian government to adopt Islamic law.

Jonathan vowed not to grant amnesty to Boko Haram militants until they come out to dialogue with the Nigerian Federal Government.

GEJ will leave Yobe state tonight for Maiduguri tomorrow for the continuation of his presidential tour.