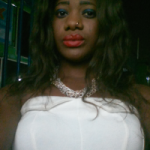 Augustine Loveth, a prostitute who attacked her rival at Royal Night Club on Oba Akran Avenue in Ikeja Lagos over the weekend has been remanded in prison custody.

Loveth who was dislodged by her rival at the club reportedly used a razor blade from her bag to slice her rival, another prostitute named Fatai Motunrayo’s right eye.

Her victim bled profusely before she was rushed to the hospital.

Loveth who appeared before a Magistrates court in Ogba Lagos today was charged with assault and remanded in Ikoyi prison over her inability to fulfill her bail condition.

The Presiding Magistrate T.O Shomade granted her bail in the sum of N100,000 with two sureties in the like sum.

The matter was adjourned till the 6th of March 2018 for hearing.