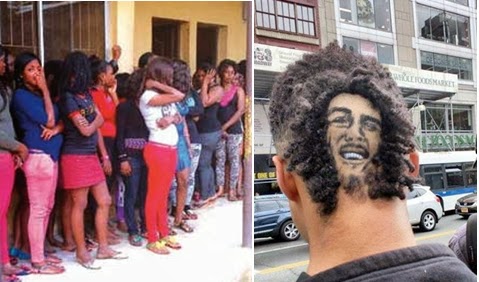 The Public Relations Officer of the Board, Malam Yusuf Yola, told the News Agency of Nigeria (NAN) in Kano that the defaulters had been charged to court.

He said that members of the Hisbah corps also arrested deviant youths with crazy haircuts during the festivities.

Yola said that apart from those arrested for prostitution, more than 40 male and female youths were also picked up during the festive period for “misconduct’’ at places of leisure across the state.

According to him, the parents of some of those arrested were invited to the board for discussions and advice and most of the youth were later released.

“For those who had mischievous haircuts, the board made sure that they had clean haircuts before they were released.