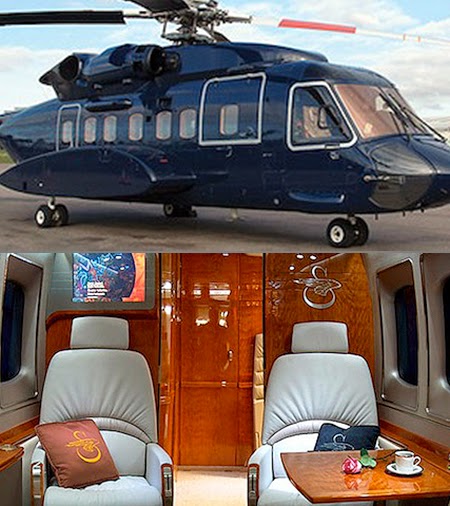 PRINCE William and Kate have received an £8million chopper as a gift from the Queen in the hope it will speed up their engagements and allow them to spend more time at home with baby George.

THE Queen has snapped up an £8million helicopter for Prince William and wife Kate.

The luxury Agusta A109S Grand chopper comes with leather seat covers and customised interior, and will be used by the couple and other royals on their official visits. 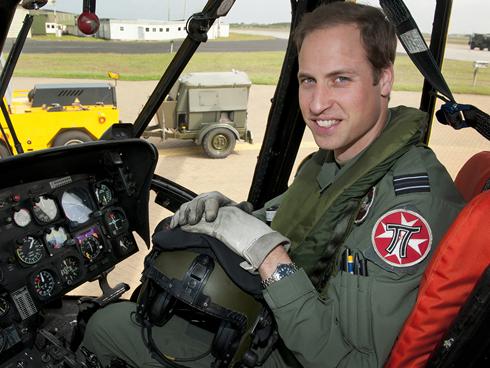 It’s being leased by the royal household in a bid to avoid safety scares like the one involving Prince Charles and Camilla in May last year.

Their chartered chopper had to make an emergency landing on its way to the Hay-on-Wye Festival in Wales.

The new helicopter, made by Anglo-Italian company Agusta Westland, will be based with the Queen’s other private chopper at RAF Odiham in Hampshire.

It’s a first for Her Majesty, whose other helicopters have all been American Sikorskys.

A source said: “The word is that this new chopper will be used mostly for William and Kate.

“They are stepping up their official duties in the next few years, and it’s expected that they will spend a lot of time in it.”

William is a qualified helicopter pilot after flying rescue choppers for the RAF, and the new machine will help him and Kate spend as much time at home as possible with baby son George.

It’s not known if Wills, who is 32 today, will fly the chopper himself. He now has a commercial pilot’s licence and is set to announce soon that he will start work with the East Anglian Air Ambulance.