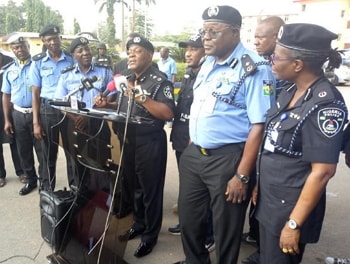 A court in Ebute Meta Lagos this morningy granted bail to Rafiu Bashorun, 48, a.k.a. Abija, one of the alleged accomplice in the murder case of the aide to NURTW chairman, Ganiu Ayinla.

Ayinla, an aide to Mr Azeez Lawal (a.k.a. Kunle Poly) the Chairman of the National Union of Road Transport Workers ( NURTW ), Ebute Meta Chapter was murdered on Jan. 21 at Idumota Lagos Island.

Bashorun, who is facing a three-count charge of conspiracy, attempted murder and murder of the deceased is yet to take his plea.

The Magistrate, Mrs O. Kusanu, refused the application for remand of the accused filed by the Police.

She held that the accused was not the one who pulled the trigger at the deceased.

Kusanu admitted the accused to bail in the sum of N200,000 with two sureties in like sum who must be tax payers.

She adjourned the case until May 3 for mention.

Police Prosecutor, Cyril Ejiofor had told the court that the accused allegedly committed the offences on Jan. 21 at about 12. 10 a.m. at Idumota Lagos Island.

He alleged that the accused had conspired and attempted the murder the NURTW chairman, but missed his target and killed Ayinla, his personal assistant.

He said the offences contravene Sections 230 and 233 of the Criminal Law of Lagos State, 2015 which prescribes a death sentence for offenders. [NAN]

Continue Reading
You may also like...
Related Topics:abija, police, released