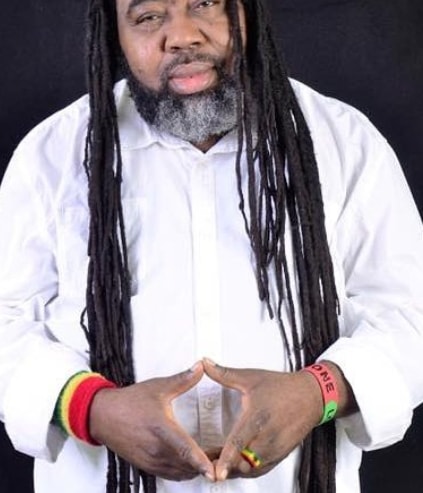 Late Raggae icon Ras Kimono, a popular member of the Rastafarian cult was laid to rest amidst glitz and glamour in his hometown in Delta state yesterday.

The late entertainer who was a committed member of the Rasta fraternity was honoured by his fellow black power cult members yesterday.

Kimono who was buried in a Rastafarian coloured casket was committed to mother earth at 3:22pm in his hometown of Onicha Olona in Aniocha N. LGA of Delta state on Saturday the 25th of August 2018. 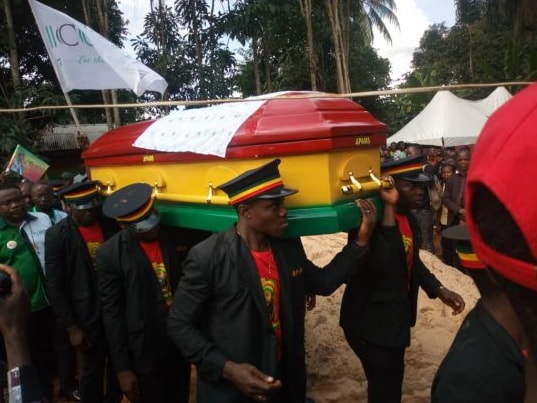 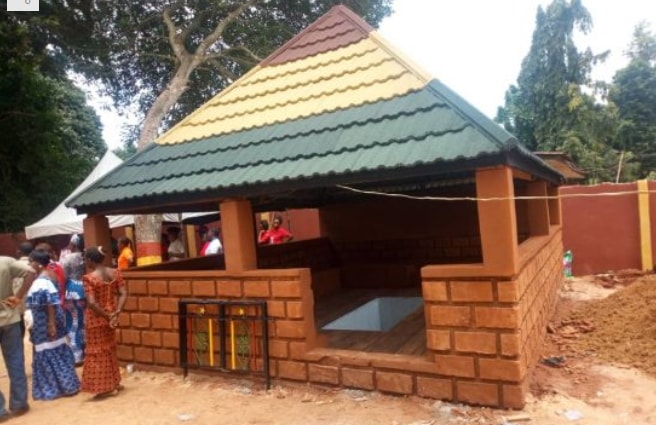 Members of the Rastafari Fraternity including the national grand patrol for Nigeria, Ras Edu Dickson were present at the burial ceremony .

A source said his wife Efe and daughter Oge were not allowed to be present at the burial as it is not allowed in Rasta fraternity.

He died at the age of 60 in Lagos Nigeria on the 10th of June 2018 as he was heading to a function in the United States.

Back to the first question?

Is Ras Kimono a cultist?

Well since those who practiced Rastafarianism are considered members of the black power cult with the aim of tackling white supremacists, many consider them as cultists.

In the real sense, Rastafarianism is a religion practiced by late Bob Marley and his fans all over the world.