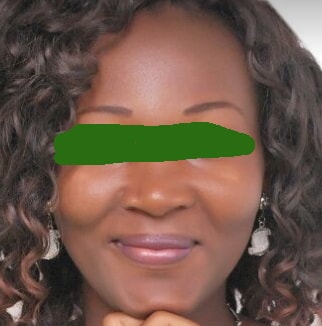 The marriage was dissolved because of domestic violence.

The court President, Mrs Ibironke Elabor, held that the estranged couple was tired of the marriage, noting that all efforts to reconcile them had failed.

“Since both parties consented to the dissolution of the marriage; this court has no choice but to dissolve the marriage.

“The court hereby pronounces the marriage between Mrs Ijeoma Okoli and Mr Ifeanyi Okoli dissolved today; both parties henceforth cease to be husband and wife,” she ruled.

She gave the custody of their two children to the petitioner and instructed the respondent to pay N20,000 monthly for their upkeep, education and other bills.

“Both parties are free to go their separate ways without any hindrance or molestation.”

Earlier, Ijeoma, 36, who lives at Salako Street, Ogba, Lagos told the court that she was fed up with her husband.

“My husband is aggressive, untrustworthy and troublesome.

“He failed to tell me that he is addicted to drugs which l later discovered after our traditional marriage in 2007,” she said.

The petitioner said her husband no longer loved and cared for her and was nonchalant about their children’s welfare.

“I want peace, l do not want any problem in my life, the court should end our marriage as I do not love him again.”

She described her husband as a drug addict, adding that he has become aggressive towards her and the children.

“As a result of the drugs, he has become very violent and he abuses me and the children by pouncing on us when he is angry; he may kill us one day if I do not end the marriage.

“I joined him in India in 2009 after I had our first child; when I got to India I realised that my husband is a drug addict.

“The marriage is full of domestic violence, verbal abuses and threats to life.”

Ijeoma said she had been separated from her husband since 2013, when she and her children returned home from India.

She added: “I have been responsible for our children’s upkeep and I am the one who pays their school fees.

“My husband is violent and l can no longer bear the pains; l do not want to lose my life.

“I pray the court to separate us so that I can live comfortably with my children.”

She pleaded with the court to grant her custody of the children and to facilitate the return of the bride price Ifeanyi paid on her.

The defendant did not appear in court but, it was learnt that he did not oppose the petition.

56 Year Old Nigerian Virgin Who Married Prophet SK Abiara Reveals How God Approved Her Marriage
My Desperate Ex Boyfriend Wants Me Back, He Forced Me To Cheat On My Fiance – Heartbroken Lady Confesses