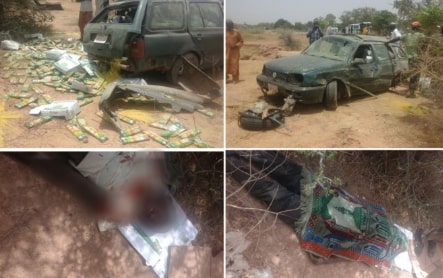 A suspected rice smuggler has been shot dead by men of the Nigeria’s Customs.

The deceased tried to flee after sighting some customs officials but he died in his J5 Pegeot van after the merciless officials opened fire on him.

The body of the unidentified man has been removed by police.

The incident happened along Dutsinma Road in Katsina, a popular jungle where rice smugglers use to smuggle rice into the country.