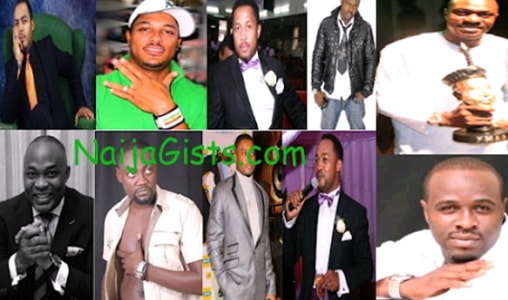 The Nigeria film industry, also called Nollywood, is replete with a lot of talented actors and actresses. Many of these actors are well known beyond the shores of Africa, as their movies have a considerable following in the Diaspora.

This article contains a comprehensive list of the richest Nigerian actors and actresses and their net worth as of 2018.

The last on our list is Nonso Diobi; a highly talented actor and well known in the Nigerian film industry. He is a signee to several endorsement deals that have fetched him good money. His talent and hard work have earned him numerous movie roles and awards over the years. He is worth approximately $1 million.

Osita Iheme is one half of a two-person “Aki and Pawpaw” acting duo. He is popularly called Pawpaw for his role in the “Aki na Ukwa” movie. He is a holder of the MFR (Member of the Order of the Federal Republic) award and has featured in various movies, usually forming a formidable mischievous duo with his other half – Aki.

“Aki” as he is popularly called is the other part of the two-person “Aki and Pawpaw” acting duo. He, along with Osita Iheme gained popularity for their roles in “Aki na Ukwa” – the movie that shot them to popularity. A recipient of the MON (Member of the Order of the Niger) award from the Nigerian President, Chinedu Ikedieze has continued to appear in several movies and TV series with the latest being “The Johnsons”.

The son of a veteran movie actor, Yul Edochie has in a short span of time etched his name on the sands of time as per Nollywood. Having made his acting debut in 2007 by starring alongside popular names like Desmond Elliot and Genevieve Nnaji, Yul Edochie has since never looked back as he continues to make a name for himself.

Adekola Odunlade is a popular actor in the Yoruba arm of the Nigerian film industry. He makes this list with a net worth of $1.9 million. He recently graduated from the University of Lagos and got his money from the many endorsements and acting roles he gets. His endorsement deal with Globacom is one of the biggest and puts him deservedly with the other actors in this list.

A graduate of Business Administration, Kenneth Okonkwo is one of the trailblazers in the era of Nollywood. He began his acting career by appearing as Andy in “Living in Bondage”, a movie that began a new era of movie production in Nigeria. Ever since “Andy” has starred in multiple movies through the years and has garnered several awards along the way. He recently joined politics and is also a lawyer by training.

Along with Kenneth Okonkwo, Kanayo O. Kanayo is one of the pioneers of the present Nollywood having played a role in the era-defining movie, Living in Bondage in the early 90s. He is a holder of a Federal award and has featured in countless movies.

Having made his debut in 1994 in the home video Deadly Affair, Emeka Ike has earned a name for himself as well as a spot on our list. He has starred in various roles since his first introduction more than two decades ago. He was introduced into the movie industry by another Nollywood veteran, Ernest Obi.

Married to popular actress Joke Silva, Olu Jacobs is a household name in the Nigerian film space. Olu Jacobs is an experienced actor with more than a hundred titles attributed to his name. He makes the eleventh spot on our list.

After coming out as the winner of the AMBO (Amstel Malta Box Office) reality TV show, O.C Ukeje has gone on to establish himself as a famous actor in the Nigerian space. Movies attributed to this talented actor include Alan Poza, Half of a Yellow Sun, Hood-rush, among others.

Popularly called Okonkwo for his famous lead role in the screen adaption of Chinua Achebe’s book, Things Fall Apart, Pete Edochie has made a name for himself in the Nigerian film industry. He is the father of another actor on this list – Yul Edochie. Before his time as an actor, Pete Edochie served as a broadcaster at ENBC (Eastern Nigerian Broadcasting Corporation).

Nkem Owoh has featured in many Nollywood films since making his debut as an actor in the 80s. Some of the notable films include New Masquerade, Ukwa, Spanner, and Osuofia in London. He is better known by his pseudonym, “Osuofia”. Based on our list, he is the eight richest actor in Nigeria with a net worth of approximately $3.9 million.

Mr. Ibu as he is popularly called came into the spotlight after his role in the same-titled Mr. Ibu movie. He has since starred in many movies, which are mostly comedy. He is best known for his comic roles in movies which have earned him a huge following. He makes this list as the seventh richest actor in Nollywood.

Ramsey Tokunbo Noah is a Nigerian actor that has made a name for himself, especially for his romantic roles. He is one of the “Fine boys” of Nollywood and began his acting career in the early 90s. He has featured in several movies and has several endorsement deals to his name. He has slowed down on his acting as he only stars in top-billed, large-budget movies.

Another member of the “Fine boys” of Nollywood, Mike Ezuruonye is a top Nollywood actor with many movie roles. He was formerly a banker before switching careers; the switch has definitely paid off as he is the fifth richest Nollywood actor on our list.

At the number 4 spot on our list is Segun Arinze. This veteran actor is famous for his outstanding voice which has led him to do voice-overs for media outlets. He was shot into stardom with his roles in TV series such as Ripples and movies like Black Arrow in the 90s and early 2000s. Segun Arinze is a still force to reckon with in the Nigerian film industry despite having spent more than two decades in the business.

The original host of Gulder’s Ultimate Search TV show, Chidi Mokeme is a famous Nigerian actor with several titles to his name. Having begun his career in 1995, he has gone on to build himself as a reputable name in the Nigerian film industry. He is the third richest on our list.

Jim Iyke began his acting career in the early 2000s. This man is not just an illustrious actor but also an industrious businessman. He has a few business lines under his belt such as his Burgeon Table Water Company and Untamed Closet, which is a clothing line.

Now a member of the Lagos State House of Assembly, Desmond Elliot is a top actor and filmmaker. He has starred in several megahit movies. He is rightly on this list due to his various money-making ventures besides his acting roles. An example is his several endorsements and the fact that he is now a politician in the country.

RMD as he is popularly called tops this list with a whopping $15 million (estimated). He has starred in several movies and mostly as the protagonist. He was a former Commissioner for Culture and Tourism in his native Delta state.

Disclaimer: While this list is a compilation of the richest Nollywood actors and actresses in Nigeria with their net worth, it doesn’t mean that the list is utterly correct. There are bound to be discrepancies as the actual worth of these celebrities cannot be obtained. Hence, this list should be used as a guide to help readers have a good perspective on who the richest actors are.