Just as there are rich Nollywood actors, the actresses are also pulling weight in finances so much so that one of them is listed as one of the most influential African in the world.

There are several of them but for the  sake of brevity we would focus on some selected top ten richest Nollywood actresses and how they managed thus far.

In no particular order, they are:

Omotola Jalade Ekeinde: Also known as “Omosexy”, she was born on 7 February 1978 in Lagos but she is from Ondo state. She attended Yaba College of Technology and Obafemi Awolowo University where she studied Estate Management. She is one of the richest actresses in Nigeria and has been honoured with many national and international awards. She is a model, ambassador, philanthropist, entrepreneur and singer. She has starred in over 300 movies and has also signed so many endorsement deals such as Knorr.

In 2012, she became the first Nigerian celebrity to star in her own reality show titled ” Omotola: The Real Me” (just like Keeping Up With The Kardashians). She also loves to help young people reach their full potentials and so she established an NGO named “Omotola Youth Empowerment Programme”.

In recognition of her contributions, she was honoured by the Nigerian government as a member of the Order of the Federal Republic. She also received a chieftaincy title from her home state (Ondo). She has also made Nigeria and indeed Africa proud by being listed as one of the most influential people in the world alongside others such as Michelle Obama and Beyonce Knowles-Carter.

For all these and more, we recognize that it is impossible not to have her on our list as one of the top ten richest actresses in Nigeria. Her net worth is put at around N 550 million.

Genevieve Nnaji: The black goddess of Nollywood has come a long way and is here to stay. After starring in ” Ripples” at the age of eight, she has since been riding on crests of fame. She significantly changed Nollywood since achieving prominence. Little wonder she was the first actress to be awarded the prestigious “Best Actress in a Leading Role” by the Africa Movie Academy Award. She is popularly referred to as Africa’s “Julia Roberts” by Oprah Winfrey. 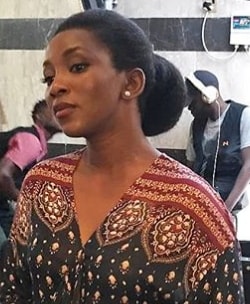 The actress is known for her high taste as far as assets and possessions are concerned. For instance, her favourite cars amongst her numerous collection are the Mercedes Benz G-class and Range Rover Evogue. She also owns a clothing line, St. Genevieve. She has several endorsement deals from major companies such as Amstel Malta, Range Rover and the biggest of them all, Etisalat contract known to be the highest in Africa at a whooping N 110 million.

Although she is quite modest about her accomplishments and does not discuss it, we know she is one of the richest actresses in Nollywood. Her two houses in Ikoyi and Lekki and the one in Accra, Ghana which gulped a whooping $4 million are clear pointers to how rich she is. Her net worth is believed to be in the tune of N850 million.

Funke ‘Jenifa’ Akindele: After starring in the popular TV series, “I Need to Know” in which she starred as one of the lead characters “Bisi”, she has gone ahead to gather more fame to her name. We thought we had seen and heard it all from her until her widely acclaimed “Jenifa’s Diaries”. This series is believed to be one of the most successful series of all times to hit our screens. She starred some prominent stars such as Folarin Falana (Falz the Bad guy), Beverly Osu etc. 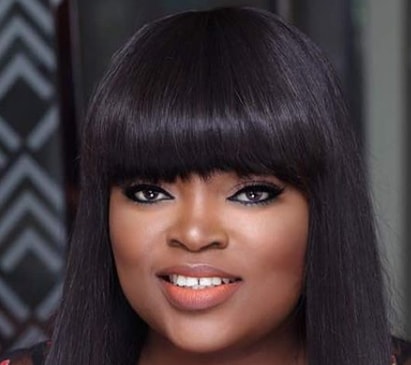 The TV series is now in its 11th season and we still have not had enough of it. Funke is the richest Yoruba actress and runs a foundation- Funke Akindele Foundation, dedicated to providing youths with skills they need for successful career paths.

She has been nominated for several awards and won 17 out of her 22 nominations. She is an ambassador to notable organizations such as Key Stone Bank, Iroko TV etc. She is married to popular music producer, AbdulRasheed Bello (JJC skillz). Her net worth is N865 million.

Rita Dominic: She is the richest actress in Nigeria as at now with a staggering net worth of N950 million. She has starred in over 100 movies. She produced ” The Meeting” in 2012, a movie which bagged six nominations at the 9th Africa Movie Academy Awards. She has received several awards and nominations. Some of them include: Outstanding Actress Award at the City People’s Award in 2004, Best Actress in a Leading Role, Special Jury Mention  Award, Female Producer of the Year Award.

Mercy Johnson: The curvaceous actress has not failed to thrill us since she hit fame in the movie “Dumebi the Dirty Girl”. She has won a couple of awards such as Face of Nollywood, Best Actress in a Leading Role, Popular Online Choice (Female). She is also the Senior Special Assistant on Entertainment, Arts and Culture to Governor Yahaya Bello of Kogi State. She is an entrepreneur and has also ventured into other businesses. Her net worth is N600 million. Ini Edo: The beautiful actress is definitely on our list as one of the richest actresses. In 2004, she rose to prominence after starring in the blockbuster movie ” Worlds Apart” alongside stars such as Kenneth Okonkwo and Liz Benson. She was a GLO ambassador for ten years(2006-2010) and was a judge at the Miss Black Africa UK Beauty Pageant.

She is noted for her philanthropic gestures especially to indigent students and also, the United Nations Habitat Youth Envoy. She has also been named the brand ambassador of Noble Hair and Slim Tea Nigeria.

In 2016, Ini was appointed the special assistant to the Akwa Ibom Governor on Culture and Tourism. She is worth N450 million.

Tonto Dikeh: Probably the most controversial actress yet, she is one actress whose looks do not fail to make a statement where ever she goes. After her controversial movie “Dirty Secret” which contained a lot of adult scenes, it has been from one controversy to another.

We are not here however to bore you with her lifestyle (you probably already know that), instead we are looking at how much the pretty lady is worth. She is involved in a lot of charity works especially for children and victims of disasters. She is an ambassador for “Naturessence”, an American based skin care products and ” Numatville” Mega city, Abuja. She is worth N400 million.

Clarion Chukwurah: She is the mother of the ace music director, Clarence Peters and ex wife of the popular singer, Shina Peters. She has been acting as far back as the early 1990s and her superb delivery would leave you in no doubt that she is a seasoned actress. Some of her notable movies include Danger Signal, Abuja Connection etc. Her net worth is put at N400 million. Mary Remmy-Njoku: Before you begin asking why she is on our list, here’s why- she is married to Jason Njoku, the CEO of Iroking. They have been dating for some time before getting married on August 18, 2012. Shortly afterwards, she was made the CEO of ROK studio, the popular film production house in Lagos. For that, her net worth shot up to  N380 million.

Patience Ozokwor: ‘Mama G’ as she is fondly called is one of the most popular actresses in Nigeria. 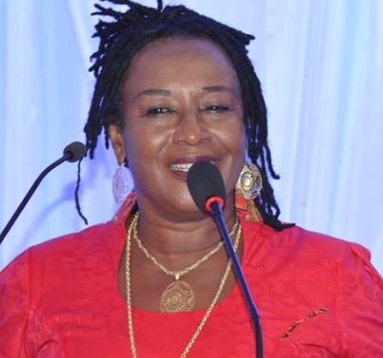 Famed for her wicked mother-in-law roles, she is one of the best the industry has to offer. She has starred in over 200 movies and is one of the most decorated. Her net worth is about N390 million.