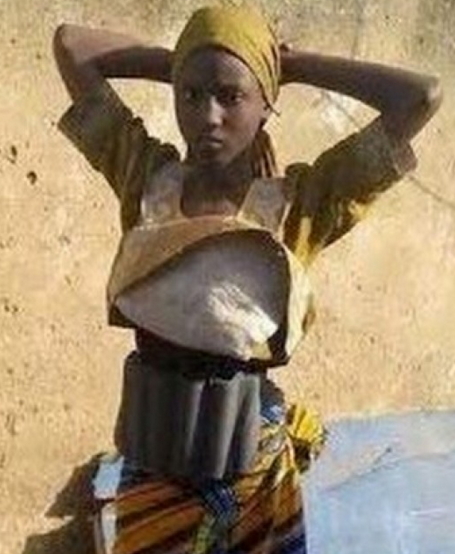 December 29, 2015 – Rise In Female Suicide Bombers In Nigeria: NGO Calls For Action On Poverty & Child-Marriage In The North

A Non-Governmental Organisation(NGO), Girl-Child Rights Awareness Initiative in Africa, has called for urgent action against female suicide bombers in Nigeria.

The group made the call on Tuesday in Osogbo through its Executive Director, Mrs Tope Awe, in an interview with the News Agency of Nigeria (NAN).

Awe, who was reacting to the latest suicide bombings in Madagali, Adamawa and Maiduguri, the Borno capital, said that the situation required quick action to save the girl-child.

According to her, the challenges facing the girl-child in the Northern part of the country is enormous to the extent that any other one like the present suicide bombing can be catastrophic.

She explained that young girls in northern Nigeria over time had battled the menace of child-marriage and illiteracy, and now had to live as potential suicide bombers.

The rights activist advocated proper and timely orientation of the girl-child “to galvanise them against the tricks of unscrupulous elements who take advantage of their naivety and innocence.

“The latest challenge facing the girl-child in the north eastern part of the country is worrisome and disheartening; the innocence of our girls is being destroyed.

“What is the fate of motherhood in an environment where young girls between the ages of 10 and 12 years carry Improvised Explosive Devices (IEDs) to kill innocent citizens?.

“It is high time the National Orientation Agency (NOA) swings into action and collaborate with traditional institutions in those areas to sensitise vulnerable girls.

“Obviously, the future of any nation depends on the quality of motherhood the nation possesses. Nigeria as a nation must strive to put a quick end to female suicide bombings.”