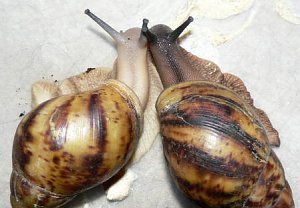 If you are reading this article, you’re either already in snail farming business or you are seriously considering taking it up. Of the many fields of agriculture that you could have chosen, you have picked one of the best. Snail is still in short supply in Nigeria. Preliminary market analysis suggests that an additional 25,000 tons, or a 100 per cent increase, can easily be absorbed. There is more than enough evidence to suggest that snail breeding is a profitable business in the country.

Snail production is a lot of fun with much to learn everyday. Farmers raise snail for many reasons. Some are into snail breeders farming, point of lay snail production, while some farmers are raising snail for table.

It doesn’t matter how many snail you raise or how efficient, if you can’t sell them at a profit. Where and how the snail will be sold should be the first concern of anyone thinking about raising snail. Snail producers traditionally sell or market their snail to food processing plants, cold rooms, local markets, top class hotels, healthy food shops, restaurants or sales to local residents.

Nigeria alone is targeting about two-metric tons of yearly snail production not only for domestic market but also for international trade. A snail farmer does not have to invest from breeders-point of lay to table size snail farming. An investor can specialize just on a segment of the snailery trade.

Obviously, there are variations of the marketing schemes and strategies, but these are the main outlets. Below are secure areas of special concentration.

There exist vast suitable sites for commercial snail farming in different parts of the country. As little as one plot of land could be engaged under small or large scale farming, while several hectares have the potential of producing more than 10 metric tons per hectares a year with right species of snail.

This is one of the most lucrative aspects of snail farming. The turn over period is 18-months, when the breeders are ready to be sold to interesting buyers as foundation stock.

This is a very essential ingredient of snail farming. Any investor that is opportune to dive into this aspect is duty bound to succeed. The same equipment and input for snail supplement feed production could also be used to produce feed for poultry, fish, rabbit, pig, etc. A good and cheap source of raw materials with good feed formula from expert should ensure continuous operation.

Table size fresh snail end up with the consumers. Restaurant of small scale to large scales are already springing up in the country. Values are added to prepared snail and large demand is recorded daily. Interested investors can locate bigger market in exclusive residential areas and supermarkets. Nigerians are fast food “freaks when it comes to fresh snail pepper soup” archachatina marginata specie of snail is most preferred.

This is one of the most common aspects of snail sales. The business is lucrative and turnover is immediate. Snails mongers involve in this business know where there’re snail farms and when they are harvesting. They arrange their programmes so that buyers are already waiting before the procurement of snail. Some of them deal with beer parlours, five star hotels, restaurants which engage in massive regular demands.

Currently, India is exporting prawns into the country. Therefore, the thought that Nigeria cannot export snail has been debunked. Even though, such venture would enjoy special export license. Large snail farms have the ability to explore this initiative. I’m convinced that the Nigerian Export Promotion Council will be interested in such ventures. For export the snails are killed by dipping them into hot water in an erated position and boiled for 13-25 minutes. After cooling, the flesh is scooped out of the shell and the edible portions chopped out.

To help present and prospective snail farmers avoid unnecessary mistakes, Jovana Farms has embarked on nationwide seminars on snail, beekeeping, grasscutter and mushroom farming for Nigerians to learn the nitty-gritty of the business in their environment. Those who cannot attend our seminars can order for our self-tutorial VCD & BOOK and train themselves. The primary objective is to bring this golden opportunity to the door step of every Nigerian as a very sure and potent means of conquering poverty.

Jovana Farms organizes nationwide sensitization training seminars on the practical ways of making it through small-scale animal farming. Visit us at www.jovanafarm.com or call 080 33262 808, E-mail: jovanafarms@gmail.com for more details.