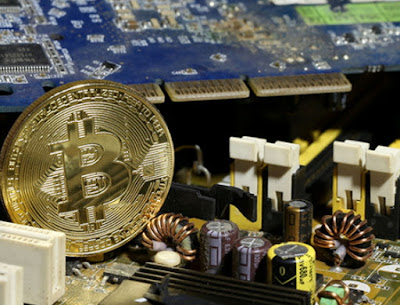 According to Telegraph UK, Bitcoin’s price fell dramatically last night after Facebook announced ban on cryptocurrencies advert as US launched a probe into a large online exchange.

The social networking giant announced a new policy prohibiting adverts that relate to cryptocurrencies or initial coin offerings (ICOs) from the 2bn-user social network, saying they are “frequently associated with misleading or deceptive promotional practices”.

Adverts for cryptocurrency-related investments have leapt in recent months as Bitcoin prices have skyrocketed, but many are feared to be scams.

Meanwhile, it emerged that the Commodity Futures Trading Commission (CFTC) has subpoenaed Bitfinex, a popular US website for buying and selling Bitcoin, and Tether, a cryptocurrency linked to the dollar that is often used for buying Bitcoin.

Bitcoin’s price fell by more than 10pc to trade as low as $9,810 (£6,940), its lowest for two months and less than half the price it peaked at in December. The growing threat of regulation has weighed heavily on demand for cryptocurrencies in recent weeks following the extraordinary Bitcoin boom of 2017.

“Misleading or deceptive ads have no place on Facebook,” the company said on Tuesday night. “We’ve created a new policy that prohibits ads that promote financial products and services that are frequently associated with misleading or deceptive promotional practices, such as binary options, initial coin offerings and cryptocurrency.

“There are many companies who are advertising binary options, ICOs and cryptocurrencies that are not currently operating in good faith.”

Bitcoin and other cryptocurrencies are facing growing scrutiny amid fears investors are putting money in without being aware of the risks and that the boom is being exploited by scammers and criminals.

Continue Reading
You may also like...
Related Topics:bitcoin, falls, Price