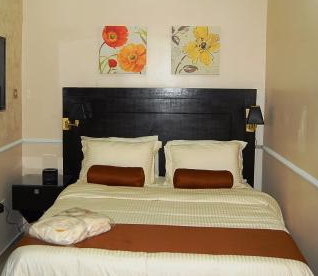 A young man is currently on the run days after he murdered his girlfriend in a hotel in the capital city of Bayelsa state.

The suspect, a 26-year-old University undergraduate from Delta state allegedly stabbed an 18-year-old girl identified as Faith Pius to death in the guest house located at Biogbolo area of the capital city on Friday night.

Though the girl was rushed to the hospital the moment she was stabbed, she reportedly died at a private clinic on Saturday morning of complications.

A brother to the deceased, Stephen Pius said the suspect cut his younger sister twice in the stomach and in  the heart region before fleeing with part of her heart.

He added that the suspect who hails from Delta state was in the process of removing her breast when her cry for help caught the attention of staff of the hotel.

The incident reportedly caused panic in the area as business operators closed shop and fled.