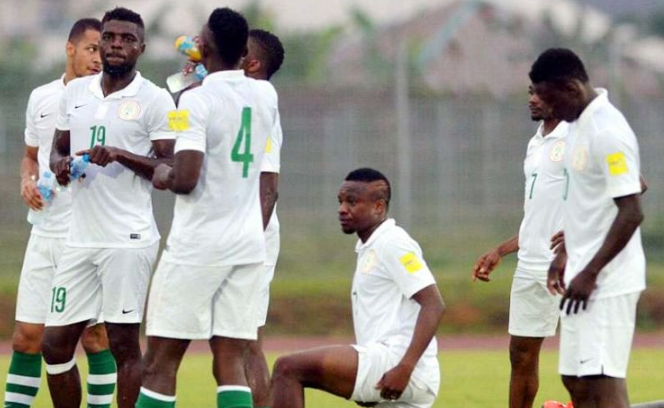 Many Nigerians were shocked when Bafana Bafana scored two goals in the second half of the match as the Super Eagles struggled all through.

Stella Damasus Rejects Husband Snatcher Stigma, Fights Silly With Fans Who Called Her Out
London Is Not The Only Place Under Terrorists Attack: How The Western Media Snubbing Attacks In Non Western Countries