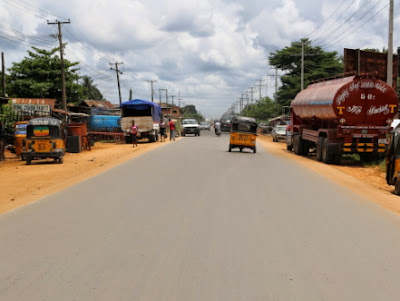 A young boy identified as Monday has died of electrocution in Abia State.

According to eyewitnesses, the 20-year-old sales boy was electrocuted yesterday in front of his master’s shop on Enugu Port Harcourt Expressway near Osisioma junction in Aba while trying to remove a fallen high tension cable.

The deceased who hailed from Arochukwu area of the state reportedly tried to remove the cable which fell during downpour.

An eyewitness said immediately he touched the wire, power was restored to the area and he was electrocuted.

He is said to be the only son of his parents and the breadwinner of the family.

Money Matter: Anita Joseph Turns Down Face Of Niger Delta Universities Offer
My Wife Left Me For Her Ex-Boyfriend – Heartbroken Husband Opens Can Of Worms