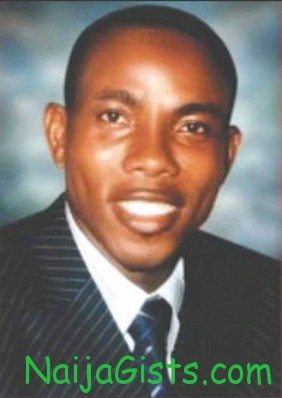 Segun Oyebolu, the owner of Citi Hotels & Suites who is also the founder of an NGO, Feed The Elderly Foundation has been kidnapped. naijagists.com

He was kidnapped from his office at Erinlu area of Odogbolu LGA of Ogun State on Monday Sept 24th, 2012.

As at the time of this report, his family hasn’t gotten any call from his abductors.

According to a family source ,his phone was ringing with no answer and appeared to have been switched off.

We learnt the victim of this kidnap threw a big birthday party for his dad over the weekend in Lagos State.

People close to him described him as a kind-hearted and generous person  who has supported many elderly people in the town through his NGO.

“This is amazing, we don’t know what is happening again in this state. Segun is someone loved by many people in this town. He has restored hopes to many old people in the town. We hope his abductors will have a rethink and leave this man for the sake of the elderly persons he was helping,” one residents pleaded.

“It is true that Mr. Segun Oyebolu, owner of Citi Hotels and Suites was abducted by some people suspected to be kidnappers yesterday at about 6 p.m. and we have commenced a search for him with the help of his family members,” a police source confirmed.