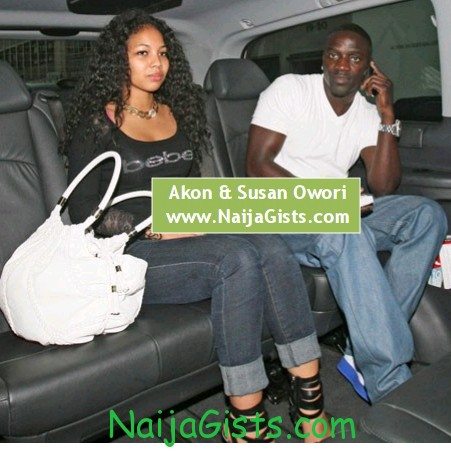 Rapper Akon is currently involved in legal actions to be formally recognized as the lawful father of his 2 kids which he fathered following a romance with Susan Owori, an Ugandan woman who is a sister to Sylvia Owori, founder of African Woman Magazine. naijagists.com

According to an insider, “Akon has been a father to the boys since they were born and this is just a neccesary step to make sure he is legally recognised as such,”

He officially filed a joint custody of the 2 children born in 2008, 2009 as he plans to provide child support and also have a role in their lives.

Requesting that the boys keep his surname, Thiam, he also requested that his two sons be eligible to inherit from him and be protected from the media. However Suzan Awori insists Akon should first fulfill a wedding criterion before she can fully recognize him as the father.

“I don’t want my children to consider a stranger as a father, Akon should organize an introduction ceremony to my parents,” said Suzan.

It is believed Suzan Owori wants to have the ring on her finger at all costs and that’s why he has given Akon these childless nightmares.