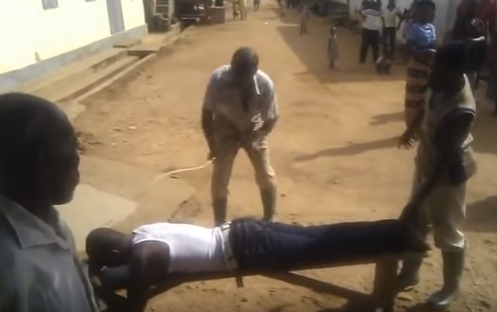 May 27, 2016 – Ugandan Man Caught In Bed With Married Woman Beaten To Stupor By Thugs Hired By Husband

Check out this viral video of a serial womaniser beaten to stupor after he was accused of sleeping with another man’s wife.

The jealous husband of the woman in question reportedly hired some thugs to give the serial womaniser the beating of his life.

Continue Reading
You may also like...
Related Topics:serial, womaniser