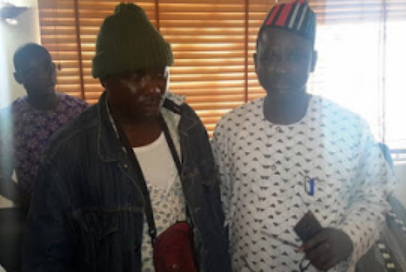 The Nigerian Army said a native doctor who was the Chief Priest of wanted armed militant, Akwaza Terwase aka Ghana has been arrested in Benue state.

A statement by Brig.-Gen Sani Usman, the Director of Army Public Relations, on Tuesday, said the suspect, Tordue Gber (Tiv Swem) was picked up in Tor-Dunga town in Katsina-Ala Local Government Area of the state during a raid on his shrine.

It will be recalled that Terwase was declared wanted by the security agencies and has been at large since 2016.

“Preliminary investigation shows that Tordue Gber (Tiv Swem) acts as spiritual counselor that provides Gana with “diabolical” powers and the shrine serves as hideout for wanted armed militia, meeting and planning point for operations and logistics base for the criminal armed militias that operate in Benue, Nasarawa and Taraba States.

“The native doctor was arrested along with one of his accomplice, Atoo Kuwe Francis, while planning to carry out an attack and abduct one Mr. Zaya at Tse Bente village in the same local government area,” he said.

The army spokesman, however, said Tordue was shot dead “during the struggle to disarm him.”

Other items recovered, he said were include clothings for concealing weapons, two mobile telephones and three power generators, amongst other items at the hideout.