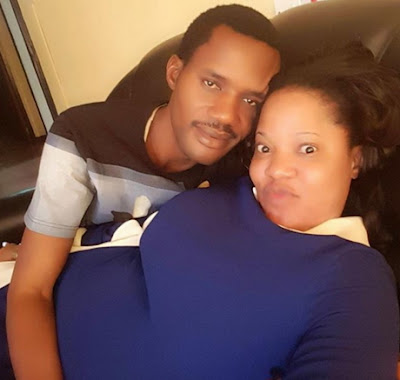 Seun Egbegbe: I Did Everything To Satisfy Toyin Aimakhu, I’m Sad She Has Eventually Disgraced Me

Ebony TV boss, Seun Egbegbe has finally revealed why she kidnapped Toyin Aimakhu from a movie set in Ibadan recently.

Why defending his action, Seun Egbegbe told Daily Post that Toyin was his live-in girlfriend at the time he allegedly abducted her from a production set.

“On the fateful day I left TOYIN AIMAKHU at home where we both live and went for a meeting,she left for a location and hours later my phone started ringing and people started saying the “prostitute you put at home is crying on instagram over another man”.

I called Toyin immediately and I said what is this I am hearing and that even if you are going to do anything why didn’t you tell me your boyfriend so i can know what to them?

I expected TOYIN AIMAKHU to remove it but hours later it was there and I had to rush to the location where I seized her phones but I left my range rover which I had been allowing her to drive to shore up her image as a Nollywood star with her though.”

A few hours later I saw about 10 missed calls and I called back it was one Taiwo Adepekan she is an upcoming actress who said that she was coming with Toyin to beg me and I said she should finish her job because what do I want to do with the phone anyway,it was because of the love I have for Toyin that made me take her phones Cos I thought she was making a fool of her self and was also being unfair to our relationship. I would have dropped her phone eventually cos when I took her phone she still had my range rover anyway.

Hours later,I started getting calls again that Toyin has been kidnapped and they alleged that I was the one that kidnapped her and I was shocked beyond words. I then got a call from Taiwo again saying Toyin had gone to report to a woman in Alausa and she was angry with Toyin that why are you doing this, he took just your phone while you still had his range rover so why are you doing this?

I am shocked toyin behaved this way,when we started dating I had 2 cars a range sports and Honda crosstour which was stolen, I gave Toyin the range while I took cabs around town spending an average of 10,000 daily and I gave her the best to make her happy and I don’t know why she will repay my love, kindness and all with all this defamation of character and destruction of my name?– he concluded bitterly.

Last month, Toyin Aimakhu broke up with Egbegbe and apologised to fans for moving on too quickly after her marriage crashed.