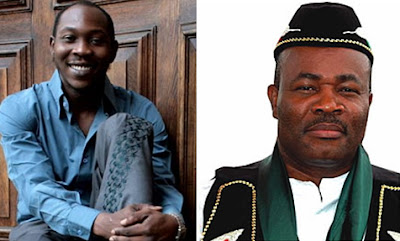 One of the sons of late Fela Anikulapo, Seun Kuti, a popular substance abuse addict took to his Twitter page few days ago to blast Governor Godswill Akpabio of Akwa Ibom State.

The singer who claims his late father used to call politicians Government Chicken Boys said the popular ‘Akwa Ibom’s father Christmas’ is a mad man for mis-managing the state’s resources. 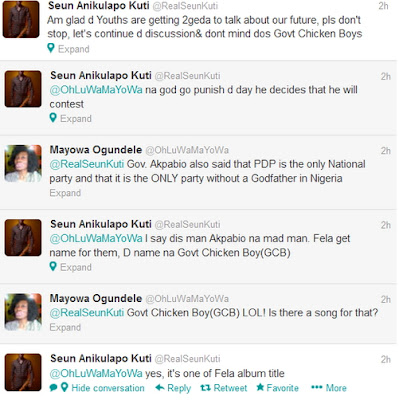