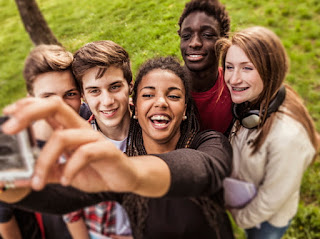 Girls…girls…girls…I’m writing you crestfallen, after reading a message from a 15-year-old girl who is pregnant and wants to commit abortion. When I tell you not to have a boyfriend in your teens, I always appear too hard and old school right? Now, check out this situation which a lot of you find yourself from time to time! The course of this young lady’s life has just been diverted, in fact taken over by the devil-stupid, bad devil! Her life can never be the same again and would only take God’s mercy to realign her with His original agenda for her life but before then she will face so much fire! Awww….What a pity! I keep telling you over and over again that when you have a boyfriend in your teens, you lose all sense of proportion and your emotions just rule your intellect/sense of reasoning and you carry on with a relationship that rocks your entire existence-not even in this age where sex has been made compulsory for foolish teens. Any teenager who is spirit-filled would never get involved in a romantic relationship. She would be too lost in her studies while planning for her future and spending her spare time in the house of God not drowning in Zeeworld and some reality show on TV where immorality is paraded!

Now let me give you an insight into how the devil can take over your life starting from when you begin a romantic relationship in your teens.

1.When you have a boyfriend, you start basking in his love poems, his warmth, his attention and affection towards you and you would rather fantasize about him than study extra and read your bible!

2.You begin to tell lies about where you’ve been, where you’re going and who you’ve been talking to on phone etc.

3.When he realizes you’re hopelessly in love with him, he begins to toy with your feelings and before you know it, you start having sleepless nights, breaking out in pimples, crying spells, poor concentration, your grades begin to drop etc.

He does all he can to engage in sex with you and resorts to emotional blackmail and because you’re too foolish and too fast, you give in to his overtures then real trouble starts!

5.Once he gets in between your thighs, he’s likely to get tired of you so soon and desire to move to another girl. But before then, you begin exposing your body and system to contraceptives, STDs, abortion and the like. To worsen` matters, you’ve already opened up your life to a boy whose destiny or destination you know nothing about. The gate of your spiritual life is already swung open to lust and demonic invasion!

If he dumps you, you are spiritually weak to guard against any future occurrence of such relationship and would readily jump into the arms of the next guy. You just can’t say No and it continues like that. Just like your former, you invariably sleep and exchange spirits with his past or present sex partners and the evil baggage from multiple lives begin to draw you back, you’re already dis-integrated before life starts. Your divine identity i.e your original is diminishing before it manifests! HOW CAN YOU BOMBARD AND YOKE YOUR LIFE WITH STRANGE SPIRITS FROM MULTIPLE SEX PARTNERS AND THINK ALL WILL BE WELL WITH YOU? May the mighty hand of God set you free in Jesus name!

Any Girl Who Loses Her Virginity For Money Signs Away Her Birthright To The Devil And Becomes His Slave
How Premarital Sex Is Destroying Generations, Delaying Blessings And Terminating Destinies