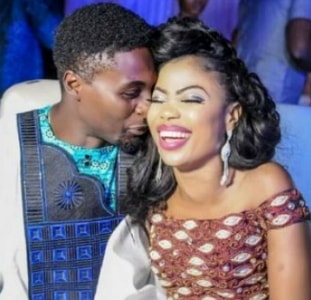 The actress who is now being tagged a husband snatcher has rejected the title.

In a recent chat with Stella Dimokus, the actress vehemently denied that she was the devil behind the sudden crash of Toyin and Niyi’s marriage.

“I can count how many times I set my eyes on Niyi Johnson and Toyin Aimakhu together as couple or so. When I met Adeniyi, they were already separated.”

“What is happening between ADENIYI and I is what I call destiny, whatever story that has been sold about me in that aspect I know pretty soon God will vindicate me and expose all truth. “

“As much as I love my man, I won’t like us to discuss further on what transpired between him and his past marriage/relationships.”