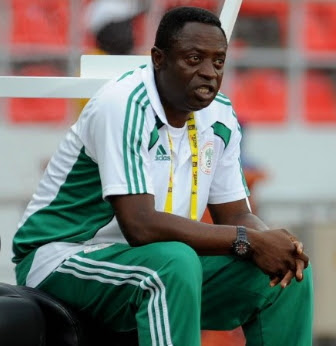 Hear what Kuburat, the wife of late NFF Technical Director said about his death yesterday:

“Over the years, my husband had been battling very strongly with a Type B diabetics which was the main history he lost weight drastically as he was placed on special diet that burnt all the fat in his body. “I am shocked he died suddenly without any complaint of illness. He spoke to me on Friday evening at about 7pm and he was very fine, with no crisis from diabetics.

I Spoke to him on Friday morning. While ending our conversation, he told me that he was going to a police station in Benin City to bail some of his kinsmen from Okpella who were arrested. He hung up the call telling to call him again in morning on Saturday, by 7am. But before 7am, my daughter ran to me that she read a report on Facebook that daddy had died, I didn’t believe it, I told her to be calm that I will still speak with daddy as he said we should call him by 7am.

When I eventually called my husband on phone someone else picked the call and broke the sad news to me. I called the children together to break the news to them and we agreed to be strong as daddy’s death was the will of God and nobody should question God. That is where we are now.”

Continue Reading
You may also like...
Related Topics:amodu, shaibu, wife