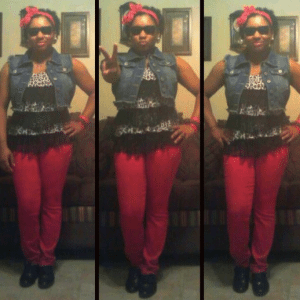 According to police investigations, the 20-year-old woman from Winnsboro, Louisiana intentionally sets herself on fire and inscribed the KKK sign on her car knowingly. naijagists.com

According to police chief, Lester Martin, Sharmeka Moffitt’s DNA was discovered on the can of the lighter she used in igniting herself and her fingerprints was found on the cigarette lighter used to set the fire.

What is yet to be discovered was the reason why she will go to that length to inflict such a horrific injury on her own body.

Her family issued a statement apologizing for the turn of events.

“Our family is devastated to learn the circumstances surrounding our daughter’s injuries. While this was not the resolution we had expected, it’s a resolution,” they said.

Why would someone inflict such pain on their body just to fabricate a lie?