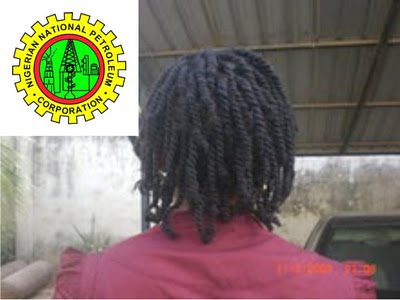 Nov 20, 2011 – Shocking Confession Of An Abuja Driver Who Killed His Boss

NaijaGists.com shared a pathetic story of an Abuja car driver who murdered his NNPC Staff Boss in cold-blood with you last week. There is a chilling update to the story. He’s been apprehended by the Police and have confessed the killing.

Read his shocking confessions below.

The 21-year-old man by the name of Amanya some days narrated a chilling tale of how he allegedly plotted and murdered a female senior staff of the Nigerian National Petroleum Corporation (NNPC), barely a month after he was employed by the deceased as a driver.

The victim, whose name was given as Mrs. Afishetu Dupe Abdullahi, was strangled to death penultimate Friday, and her body dumped inside a deep freezer in her new apartment at Bade Close in the Garki District in Abuja.

Her assailants later went away with two Sports Utility Vehicles (SUV) belonging to her – a Nissan marked AY 456 KJA (Lagos), and Infinity with registration No. CE 96 RSH (Abuja) among several items, after allegedly celebrating their unholy act with some bottles of beer in her residence.

The euphoria, however, lasted barely a week as crack detectives at the Federal Capital Territory (FCT) police command picked up Amanya, the prime suspect, who confessed that prior to the incident, he suddenly developed a feeling of hatred for his boss who he claimed, did not treat him nicely within the short period he served her.

He said the situation was further compounded when he was involved in an accident in one of the deceased’s cars and was asked to fix the damaged part or risk being arrested by the police. “I told her I had no money to fix the car and begged her to allow me work with her so that she would use my salary to repair her car. And it was from that time I developed hatred for her, and started the plans which led to her death,” the suspect revealed while being paraded at the FCT police command headquarters.(naijagists.com)

In an uncommon display of courage, Amanya, a secondary school leaver, who hails from Ogba-Egbema in Rivers State, gave graphic details of how he conspired with a 19-year-old boy, Kenneth (other names withheld), whom he described as his younger brother, to murder the woman in cold blood after an unsuccessful attempt to rob her of a sum of N4 million. Police have launched a manhunt for the other suspect, who is at large.

Prior to the ill-fated day, he had plotted to drug his boss and abscond with her exotic cars as well as cash and other vital documents, but the plan was aborted as a result of the presence of a house maid who he eventually succeeded in tricking out of the apartment with a sum of N400 on the day Mrs. Abdullahi was murdered.
This is the tragic fate of his victim, as told by Amanye:

Actually, I was doing car wash at Febson Hotel. It was there I first washed her car, and she has a business centre there. When I first met her, she told me she was looking for a driver, and I told her I knew how to drive, and that was how she employed me. That was about a month ago. Thereafter, I started working with her and unfortunately, there was a time I had an accident with the black Infinity, and she asked me to repair the damage, otherwise, she would get the police to arrest me.

So, I told her I didn’t have the money to fix the car, and I reminded her that I didn’t have any relation in Abuja, and that was why when she asked me to provide a guarantor when she was about employing me, I told her I had nobody in Abuja. So I begged to work for her for as many months as she desired so that she could use the money meant for my salary to fix her car. And that was how I instantly developed hatred for her. I started working for her as a driver and housekeeper, cleaning the environment, because she had just moved into a new apartment at Garki before the incident occurred.

How I planned her murder

Before I developed hatred for her, she wasn’t really that nice to me. But that was not the reason why I should kill her. I had first planned to make away with her cars, and at that time, there was this my younger brother staying with me in her premises at the Boys’ Quarters, without her knowledge. He is about 19 years old. I told him about my plan to move away with her Infinity but later, I changed my mind and decided to make away with the two cars.

And to actualise my plan, I first thought of drugging her meal with a sleeping tablet because I normally bought her food, but because the house girl lived with her in the main building, I felt the plan would not work, so I didn’t do it. Besides, there were some people who were working in the house. naijagists.com

So the next day, I called my brother and told him that as soon as the people working in the house closed for the day, he should hide himself inside the house before my madam returned from the office, and he did exactly as I instructed him. He was hiding at the back of the door when my madam came in at night, and immediately she entered, I switched off the light in the sitting room and locked the door. But as she was about asking what happened to the light, my brother, Kenneth, grabbed her and she attempted to shout for help. And because the security men were not far from the house, I assisted by brother and closed her mouth with my hands, and she bit one of my fingers.

After a long struggle, she became unconscious and we took her to her room upstairs and tied her up. When she eventually regained consciousness, I told her to give me the sum of N4 million if she wanted me to spare her life. She said she had no such money but pleaded that we should allow her to go out and get the money for us. I told her no, that I could never do that because she would implicate us.

Then, I told her to give me an ATM card, containing such amount of money so that I would be withdrawing the money from the bank even if it means holding her hostage for the period it would take me to withdraw the N4 million. But she said she had no ATM card with such amount of money and offered to send me to the bank manager. But I refused.

So, she gave me two ATM codes for Intercontinental Bank and Fidelity Bank but it was only in the ATM card for Fidelity Bank that she had about a hundred and sixty thousand naira. When I returned that same night from checking the ATM card, I then asked her about her car particulars, but she told me they were in the office.

So, I took the keys to her other house in Citec Estate to search for the vehicle documents but I didn’t see them. What I found were some jewellery, which I took and returned to her house at Garki where she was tied. I told Kenneth what I saw and I had this feeling that if we left her alive, she would get me arrested when we had gone because she is a barrister. So, I told Kenneth that we should kill her. He agreed with me and that was how we killed her. I strangled her with a rope.

The next day, I hired two taxi drivers to help me move the two SUVs to Owerri in Imo State. I deceived them by telling them that the vehicles belonged to our mother, who lived abroad but was coming home for the Sallah holidays. I asked them the cost of their services, and they charged me N50, 000 for the two vehicles and I didn’t hesitate in paying them. Before then, I had already removed the cars from my madam’s house.
When we got to Owerri, I took them to a guest house so that they would not know that the cars were stolen. That same day, I took away the white Nissan from the guest house at night, and very early in the morning, I went to remove the second SUV before the drivers woke up from sleep. They didn’t see me again.

When I met my madam, because of the accident I had with her car just as I resumed work, we hadn’t discussed about how much she would pay me as monthly salary; I was just working seriously for her. I worked with her for about a month before I killed her but I really didn’t know what came over me because I just developed that hatred for my madam and I want Nigerians to forgive me.

While everything went on that night, I told the house girl that our madam travelled and gave her N400 to go to her people. Why I dumped my madam’s body in the fridge was because I thought it would take a long time for people to locate her and I didn’t want her to rot.(The Sun Online).

This is a premeditated murder. Haba the heart of man is desperately wicked who can know it !