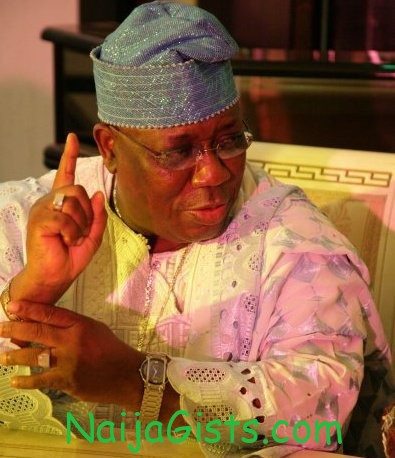 Late Fuji icon, Alhaji Sikiru Ayinde Barrister may  have been dead but his evergreen music lives on as his record distributor, Alhaji Lati Alagbada and his old friend, Alhaji Buhari Oloto has been  dragged to court by a London based record company, known as Otolowo Records over issues of copyright infringement.

The Otolowo Records, who produced the last album of late Sikiru Ayinde Barrister titled “Last Message”is suing both Alhaji Alabada and Alhaji Oloto for distributing the record, which, according to the recording company have no copyright-backing for so doing. The London based Record Label claimed that they have the exclusive right to sell not all the records of the late Fuji icon but his last album which was produced by them as well. As part of the copyright infringement, they are asking for N50 million as compensation.

The case was opened for hearing last Thursday, before Justice Oyebanji of the Lagos High Court, Igbosere. While Otolowo and its representatives are the plaintiff, Alhaji Lati Alagbada and Alhaji Buhari Oloto, the Olori Omo Oba of Onitire Royal family are the defendants.