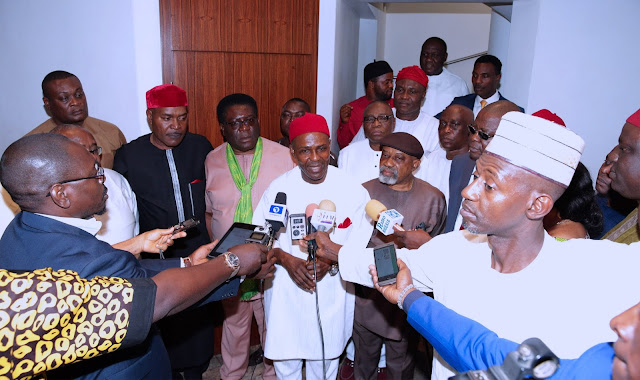 After its Dec 31, 2017 call on President Muhammadu Buhari to run for a second term, the APC leadership in South East on Monday in Abuja reaffirmed the President’s endorsement.

The group met with the President at the Presidential Villa where its leader, Dr Ogbonnaya Onu, the Minister of Science and Technology, said the group also re-assured Buhari that the party was working very hard to win elections in the PDP-dominated South East.

Briefing State House Correspondents, Onu said that the delegation to the Presidency was high-power and the President was very happy about the visit.

“The President was very happy that such a delegation thought it fit to visit him,’’ Onu declared. 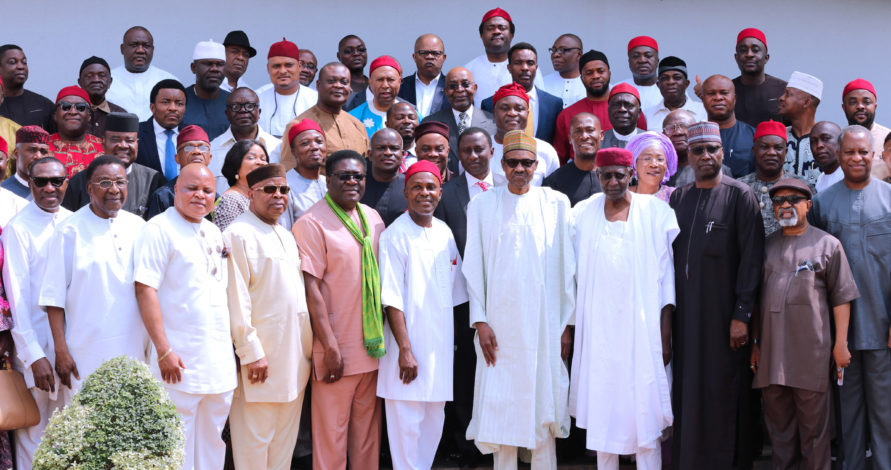 The Minister added that the delegation also talked about the needs of the zone after commending the President on what efforts he was making to ensure that infrastructure development in the South East was improved.

He noted that the major roads that traverse the region from Enugu to Port Harcourt and Enugu/Onitsha to Owerri as ones that the administration had worked very hard to rehabilitate.

He recalled that in the past it used to be promises on the roads but the present administration had shown action adding that same was for the second Niger Bridge.

He added that the Bridge was not just for the South East but for the whole country. 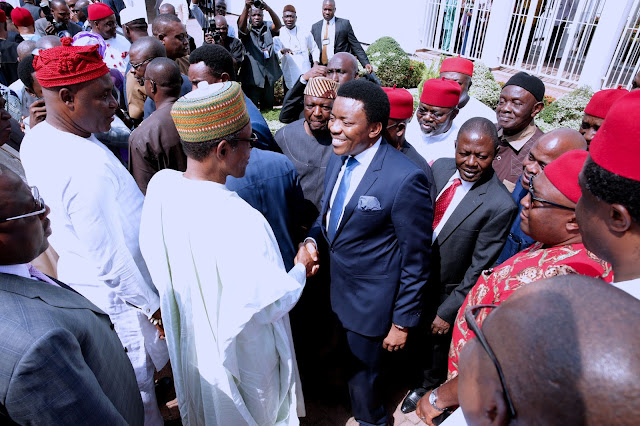 “We then thanked him that the people of the South East are very enterprising people; when you are building a railway network it is important that major commercial towns are linked up by rail and also gas distribution.

“And the President gave direct instructions that this should be done and we are very happy.

The minister said that the delegation also thanked the president for the role that his administration was playing in the burial of late Vice President Alex Ekwueme and asked him that the people of the zone would be glad if a national asset was named after him.

In a related development one of the APC chieftains, Chief Mark Nwagbara, said that the Party was very confident that in 2019 the South East APC would perform much better. 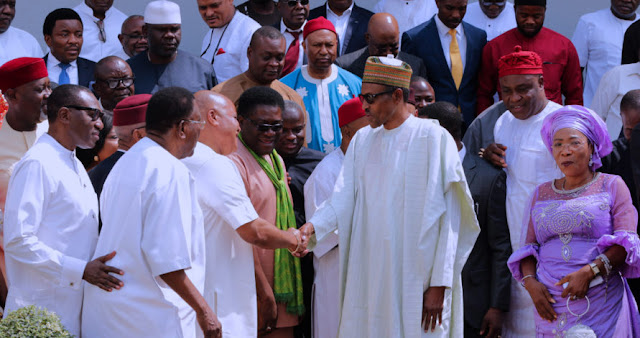 “If the mega rally that we had in Abia two weeks ago is anything to go by, our target and conviction is that come 2019 the entire South East would be for Mr President and for APC,’’ he stated.

He said lack of internal democracy drove people out of PDP and also because Nigerians did not feel most of the party’s campaign promises.

He said that the objective of the party in position is to serve the people “and since the people were not enjoying dividends of democracy we decided to move to APC.

“The integrity, character and track record of Mr President was the major factor that made us to move to APC.’’

Nwagbara said the meeting with Buhari was not only for the support but an opportunity to review and commend him for some of the things he had done for the people of South East.

According to him, the President has promised to do more in 2019.

He observed that Buhari had not publicly declared to contest in 2019 but added that “the reward for good work is more work.’’

The APC leader noted that Buhari has the interest of the nation at heart for him to have contested three to four times because of his conviction.

“He is already doing a good job; we should not forget the fact that before APC took over power in the centre, the situation in Nigeria was very hopeless.

“God knows what would have happened if not for the intervention of APC and Mr President and we believe that in the first couple of years, the foundation has been made.

“The second time coming we will begin to see the benefit of democracy; and people should not forget that what APC government is trying to correct is several years of bad governance that happened under the PDP.

“So you cannot compare 16 years of things not happening the way they should happen to just three years,’’ he declared.

Nwagbara added that the delegation was bringing its “political capital’’ to support Buhari and believed that “this time around, during the second term Nigerians will begin to see the dividends of democracy.’’

He said that the government had intensified the fight against corruption and had recovered the 14 local governments taken over by insurgents.

He noted that although some minor traces of insecurity still persisted efforts were being made to tackle them.

“These are the things that we should commend Mr President and APC for because you can come with the best of economic plan, have the best professors and best programmes but once there is insecurity you cannot make progress,’’ he added.