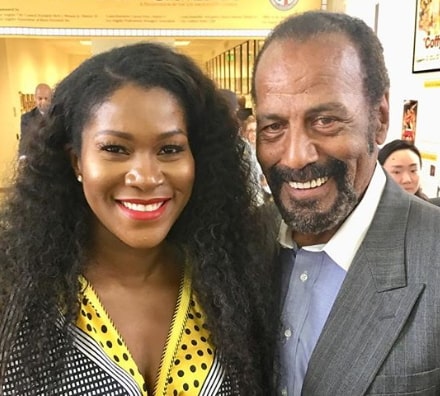 A 2016 movie written, produced and directed by Stephanie Linus,’Dry’ is still making great impact around the world three years later.

The movie has been selected to screen for the second time at the highly coveted Pan African Film & Arts Festival (PAFF) in Los Angeles, USA this February, and as a prelude to the festival, Mrs. Linus was recognized at the first ever Blacks In Cinema presentation.

With the help of some legendary African- American actors and filmmakers, the day was officially proclaimed Blacks In Cinema day in Los Angeles.

Top black Celebrities the actress met during the event include Bill Duke, Tina Knowles,  Fred Williamson and many others.

In 2016, Dry won Best Narrative Feature at the PAFF. It screens again on Feb 9th, Feb 13th and Feb 18 with an interactive session after the opening night.

The movie has made immense positive impact across the world in changing the narrative concerning child marriage and other forms of social injustice. 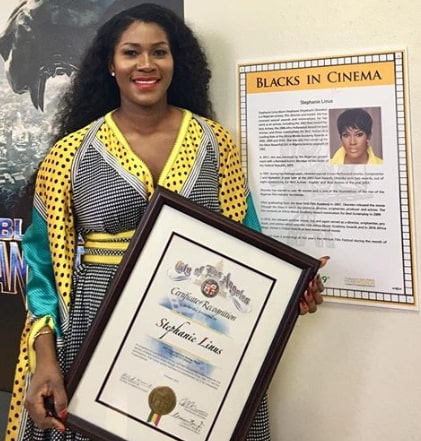 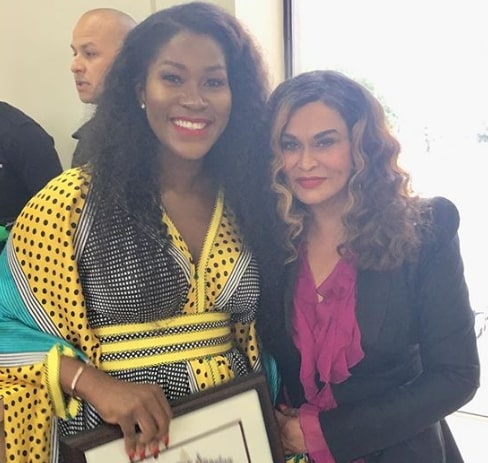 Stephanie Okereke called it quit with Nollywood shortly after the production of the advocacy movie.