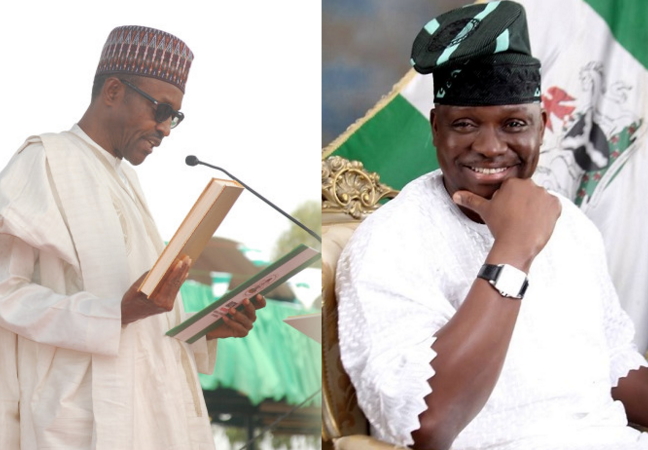 The presidency has warned Ekiti State governor, Ayodele Fayose, to stop making unsubstantiated allegations pertaining to the running of the economy by the Muhammadu Buhari-led government.

“The governor equally knows full well that his party, while in government, ruined the economy to the extent that workers in 27 states went for several months without salary. This crisis situation has now been reversed in nearly all the states. Governor Fayose is himself in line for the collection of his state’s bailout.

“Under the PDP federal government, ministries were not given overhead costs for five months while the capital budget was unpaid for six months in the run-up to the exit of the PDP administration. Is there anyone in that party with a moral justification to criticise the Buhari administration which is working hard to clean up the mess they (PDP) left behind?”

Specifically, the presidency said Fayose’s comment on the September federal allocation of N389 billion was reckless and typical of his past unguarded outbursts.

The senior special assistant to the president on media and publicity, Malam Garba Shehu, who sounded the presidency’s warning, was reacting to remarks made by the governor at the recent graduation ceremony of College of Education, Ikere-Ekiti, in which he asked President Muhammadu Buhari to address Nigerians on the state of the economy.

Fayose had accused the Buhari administration of paying out the lowest-ever federally distributed allocations among the three tiers of the government.

In a chat with LEADERSHIP, Garba Shehu dismisses Fayose’s assertion and warned him to be careful.