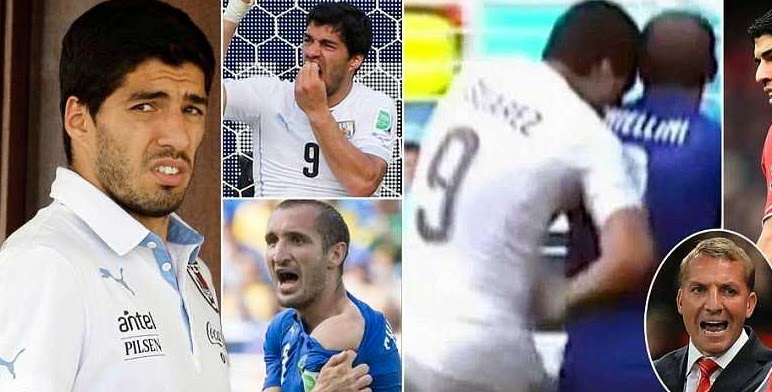 Alleged vampire, Luis Suarez has been banned from the world cup and handed a 9 matches and 4 months ban for biting an opponent.

Suarez was found guilty of biting another player for the third time. This ban is international. The Uruguay striker has been fined for 66,000 pounds for biting an Italian defender earlier in the week.

Suarez’s sanction is the biggest ever in World Cup suspension history.

Sudanese Woman Meriam Ibrahim’s Brother Threatens To Kill Her
Juliet Ibrahim: My Husband Married Me Bcos He Got Me Pregnant, I Regret My Marriage