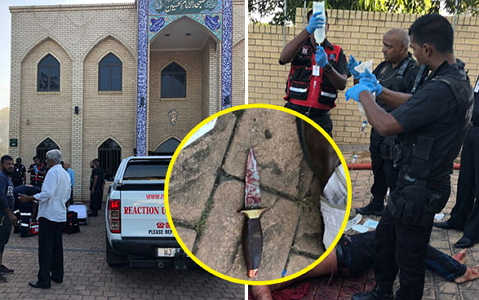 A Muslim cleric had died hours after some suspected terrorists attacked a Shia mosque near Durban in South Africa.

According to the Daily Mail, the armed attackers cut the throats of 2 worshippers and an Imam before fleeing.

According to a First Responder, the 3 attackers escaped in an Hyndai car around 14:39pm today.

Though the Imam initially survived the attack, he reportedly succumbed to his injuries hours later.