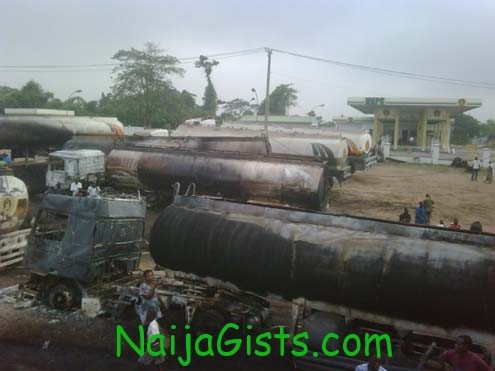 Naijagists.com was the first to alert fans on twitter about this fire outburst infront of NNPC Mega station on Iwo road at around midnight. Thank goodness the locals notified the fire department.

Some Scenes of fire incident in Ibadan this morning 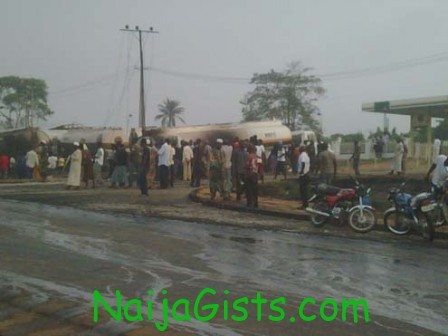 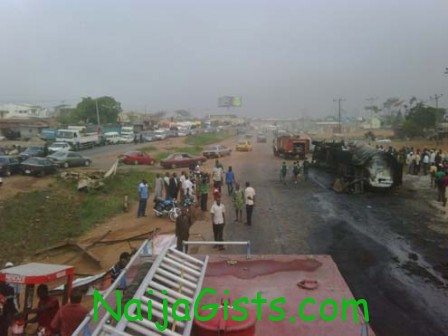 11 vehicles were burnt in this fire incident. 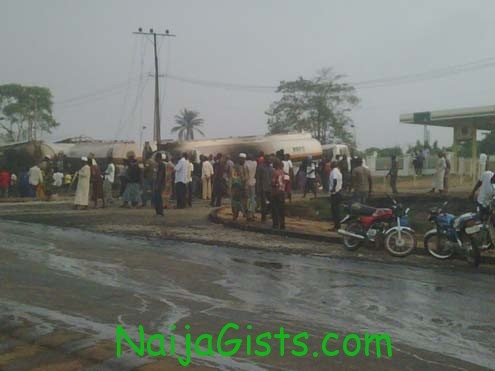 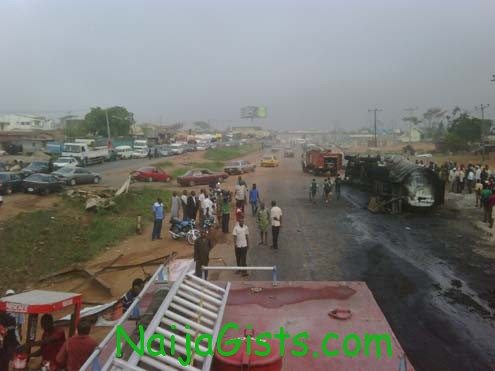