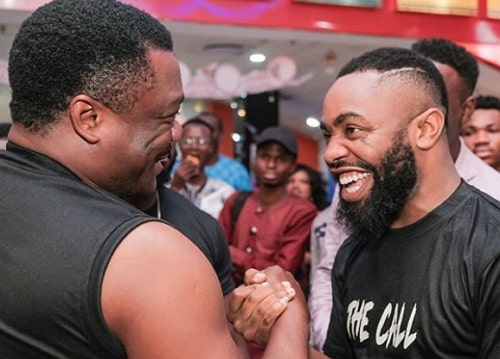 After a successful running in the cinemas across the country with his first movie, ‘The Call’, comedian Woli Arole, said he was told that he could not succeed as a producer.

Woli Arole also revealed that so far, ‘The Call’ is the highest selling Nollywood movie in 2019.

On Monday, he took to his Facebook handle to write:

“Today makes it one month that my movie #THECALLMOVIE has been at the cinemas and it’s still selling fast. I want to say I am one of the happiest people on earth now, seeing my dreams come through beyond my widest imagination. It’s been the hand of God and the grace of God. God has shut the mouth of those that thought and said we won’t pull it through.

“Some said he’s too young, he’s not a cinema face, he’s a skit maker, he’s not experience, he’s a new comer, he won’t sell, and he would flop. But God said “if i am for you who can be against you, nobody”.

I would forever serve you my GOD. Highest selling Nollywood movie in January, Top 10 movie in box office till now, Top 5 movie at the first weekend of release, movie with the highest number of creme de la creme for meet and greet in the history of Nollywood.”

“This could only be god. I am just an ordinary boy partnering with an extraordinary God.”

Woli Arole, whose real name is Oluwatoyin Bayegun, found fame on Facebook and Instagram posting videos of him preaching the gospel in comical ways reminiscent of local prophets.

Continue Reading
You may also like...
Related Topics:arole, nollywood movie, the call